Judged to be a good life 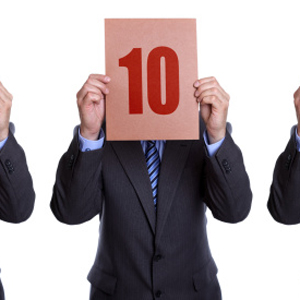 A major survey of the Australian judiciary has revealed that, although one third of judges regularly lose sleep over their decisions, the overwhelming majority love what they do.

According to the report, Judicial Workload: Time Tasks and Work Organisation, published by the Australasian Institute of Judicial Administration, one third of judges also find their work “emotionally draining” and the volume of cases they hear “unrelenting”.

However, most judges find their work rewarding and would take up the job again if they had a choice.

The report, based on surveys, court observations and interviews, showed that nearly all judges and magistrates surveyed (92%) were satisfied with the overall work they do and find it “varied and interesting”.

The main reasons put forward for this high satisfaction rate were the intellectual challenge, overall level of responsibility, and the content and diversity of the work.

More than 80 per cent of judges said their work is a major source of satisfaction for them, while the majority reported that their work has lived up to expectations.

“It is a privilege to do such interesting work and to be well paid for it,” said one judge in the survey.

The study found magistrates (47%) are more likely than judges (31%) to find their work stressful, while researchers established that making difficult decisions took more of a toll on judges’ sleep (36%) than it did on magistrates’ (29%).

One judge admitted to having “times of self-doubt, of stress, of frustration and general dissatisfaction. Seen in calm perspective, however, I think that these negatives are outweighed by the positives.”

Professor Kathy Mack, one of the authors of the report, told Lawyers Weekly that the high level of satisfaction among judges and magistrates was encouraging to see, as it “provides a counter-balance to the critical voices” found elsewhere in the report.

“Essentially, in the case of judges, we found most are satisfied by the intrinsic aspects of their job, such as the nature of the work, the intellectual challenges, the level of responsibility and their importance of community.”

Also discussed in the report is how often the demands of the job interfere with family life, highlighting some differences for men and women in the Australian judiciary.

Almost half of female judicial officers reported that their job interferes with family life, compared to only around a third of their male colleagues.

“It’s a wonderful and gratifying occupation where I feel I can do a great deal of good. I only wish I had time left over to have a life,” said one judge surveyed.

The report, which was sent to every judicial officer in the country and had a response rate of 55 per cent, also revealed the average work day for judges was 10.6 hours and 9.7 hours for magistrates, although a quarter of magistrates' working days lasted more than 11 hours.

Judged to be a good life