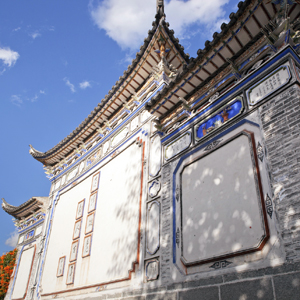 A Chinese industry expert is sceptical of whether the expected appointment of China’s first lawyer to chief judge of the Supreme People’s Court will lead to legal reform in the country.

Zhou Qiang, Communist Party chief of Hunan province, is the lawyer tipped to be China’s next chief judge. Appointing a lawyer would be “refreshing”, according to Weidong Tian, head of consultancy 6 Dimensions, which advises western businesses in China. He added, however, that the move is unlikely to bring about legal reform.

“It’s exciting because you have a qualified person in charge who knows about law and legal systems ... but it’s too early to tell whether this will have an impact on legal reform,” he said.

Tian pointed out that Qiang’s promotion is aimed at stamping out corruption, as opposed to setting in motion an overhaul of the legal system.

Tian also rejected claims that the move could open up China’s legal system to foreign firms. “I don’t think the government will change its policy [on this issue] for a number of years.”

Qiang’s appointment breaks a tradition of having non-lawyers in the role, including his predecessor, Wang Shengjun, who was expected to step down as chief judge at the 18th Party Congress last week (8-14 November). Tian explained that while Qiang plans to push law reform and appoint more lawyers to senior positions, his ability to influence these matters is uncertain.

“A lot of people within the legal system have been trying to bring about change but can’t because it’s not an independent system.”

Add to that the complication of legal variations between Chinese provinces and Qiang’s plans become a great deal more difficult, he added.

Tian believes that a genuine step towards legal reform in China must begin with the separation of China’s legal and political systems. “Until then, you won’t see true reform because [the legal system] will still be under the control of the political party.”

He also warned that Qiang’s limited term could see a non-lawyer assume the position five years from now.

While China may not be ready for a western-style legal system, Tian has observed growing dissent among legal professionals and the public over the stagnation of legal reform.