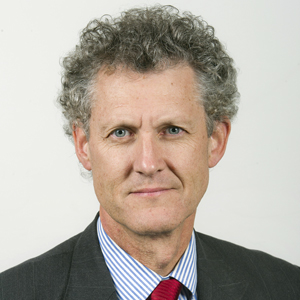 O’Bryan (pictured) has accepted the role after spending almost 30 years at the Bar. He is a former associate to two High Court judges, Keith Aiken and Daryl Dawson, and an expert in administrative law.

The Law Institute of Victoria (LIV) welcomed O’Bryan’s appointment, despite having reservations about the Commission’s powers.

“The legislation is complex and still does not allow investigation of misconduct in public office,” he said, adding that O’Bryan’s experience with Royal Commissions, boards of inquiry and coronial inquests will assist him in fulfilling the role.

“We need a robust anti-corruption system that gives Victorians confidence that corruption and misconduct will be properly investigated,” Holcroft added.

Victorian Premier Ted Baillieu also announced yesterday (11 December) the appointment of Robin Brett QC as the inaugural head of the new Victorian Inspectorate, which will oversee IBAC and a number of other integrity bodies.

Holcroft urged the Government to work with O’Bryan and Brett to create a workable regime.

“There are still many questions arising from the legislation and it will be the job of these appointees to ensure that corruption is properly dealt with,” he added.

Earlier this year, Holcroft criticised proposed laws for IBAC, which are set out in five separate pieces of legislation, as being flawed and too narrow.

“We support a robust anti-corruption body able to investigate all corruption in the public sector; despite having introduced [one], we don’t think the Government has achieved this goal,” he said in May.

Holcroft also claimed the limited mandate of the Commission, which does not cover people who have committed minor criminal offences and disciplinary offences, would undermine public confidence in the handling of corrupt public officials even further.