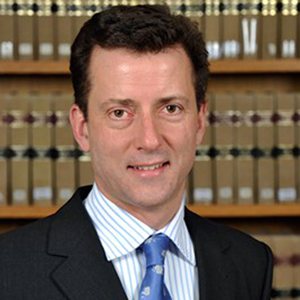 The Law Society of Western Australia has announced its new president for 2013.

He has served on the council of the WA Law Society since 2009, becoming vice-president in 2010 before being elected senior vice-president the following year.

“The society has a great role as a public spokesperson for the best traditions of the legal profession and so it is a great honour to be the president,” Slater said in a statement.

"I am committed to continuing the success and growth enjoyed by the society in recent years, and I look forward to representing the profession in discussions with the community and the Government."

In September last year, Slater spoke frankly about the need to improve facilities and retain lawyers in rural, regional and remote (RRR) areas of WA.

Recalling the state of courtrooms in country towns like Karratha, Kununurra, Broome, Kalgoorlie and Carnarvon in 2009, Slater described them as “essentially freight containers” with no air-conditioning or room for the public.

Since then, funds have been injected and courts rebuilt, but difficulties in getting lawyers to go bush, and stay there, mean barriers to adequate legal services remain.

Slater said the WA-specific Country Lawyers Program, set up in 2007, failed to address the long-term needs of lawyers in RRR communities.

The rollout of the national broadband network will mean quicker communications between RRR areas and lawyers in WA, and Slater said the Law Society is pressing courts to open up their audio-visual capabilities so, for example, practitioners in Perth can represent clients in Broome.

“The courts have quite sophisticated audio-visual [equipment] but it’s just the bureaucracy to get it activated,” he said.

Slater is a member of the society’s Ethics Committee and the convenor of its Quality Practice Standard Committee, a position he has held since 2001. He also serves on the Law Mutual Professional Indemnity Insurance Management Committee.