Bringing a taste of Italy to Brisbane 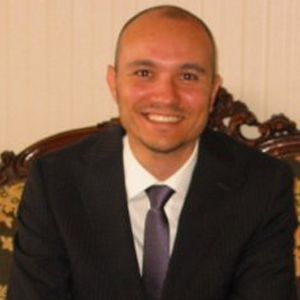 A registered Italian lawyer and an Australian barrister have joined forces to handle legal issues that cross the waves.

Fabrizio Fiorino (pictured) and Lorenzo Boccabella are both bilingual and their aim is to provide specialised legal advice on issues that require consideration of both Australian and European/Italian laws.

Boccabella, an Australian whose parents are Italian, was admitted as a barrister in 1980 and is a qualified arbitrator and specialist in migration law based in Brisbane. Fiorino came to Australia eight months ago after leaving behind his practice in Abruzzo on the Adriatic coast of Italy.

“I think we can be useful and hopefully have a benchmark for the Italian community and Australians who need our help, not only in Brisbane but all over the country,” said Fiorino.

Boccabella, who has representative offices in Sydney and Melbourne, said the joint venture has been set up to deal with property, estates and wills, businesses and contracts, import/export issues, franchising, travel law, family law, and visa and migration law.

“International law in both its domestic and cross-border application has become more complex. In many cases, it is an international minefield,” said Boccabella.

The law in Italy is much stricter and the bureaucracy much stronger, said Fiorino.

“There’s different courts for different matters; one of those is a child’s court with a particular focus on the life of the minor to preserve their personality and their interests,” said Fiorino.

Commenting on the recent international custody battle involving the four daughters who were sent from Australia to live with their father in Italy, Fiorino said that, if the same thing had happened in Italy, “absolutely yes… the daughters would be sent back to Australia immediately because our legislation is so strict, especially in international affairs”.

Under the Legal Profession Act, Fiorino is not entitled to practise Australian law in Queensland but can practise Italian law. Boccabella said Fiorino would be one of the few Italian-practising lawyers in Australia.

“I don't know if there is another bilingual [joint venture] like us in Queensland but maybe this is the novelty that we want to bring to Australia; this kind of legal service,” said Fiorino

Bringing a taste of Italy to Brisbane