Home>
The Bar>
Stars of the Bar named

Stars of the Bar named 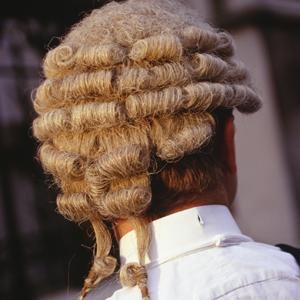 Chambers and Partners has singled out four silks, two from both NSW and Victoria, as the most highly-recommended barristers in Australia.

Two of the barristers served as judges of the Federal Court – Jackson between 1985 and 1987 and Young between 2005 and 2007. The high-profile advocates have also battled each other in the High Court on more than one occasion.

Last year, Jackson acted for Andrew Forrest in the High Court to appeal the Federal Court ruling that the Fortescue Metals chairman misled financial markets. Young was his opponent, acting for ASIC in the matter.

The barristers will face each other again when the full bench of the High Court hears Forrest’s constitutional challenge to the Federal Government’s Minerals Resource Rent Tax.

Melbourne-based barrister Alan Archibald is also no stranger to the High Court, recently acting for ANZ Bank against a class action by customers seeking to overturn a Federal Court judgment limiting which bank penalties are regarded as excessive. He also acted alongside fellow ‘star’ barrister Walker on behalf of tobacco companies in their challenge to the Federal Government’s plain-packaging laws last year.

Barristers from Sydney and Melbourne dominated the Chambers list overall. While it was an even split between NSW and Victoria in the ‘star’ category, a higher number of Sydney silks achieved band-one status, the survey’s top ranking. They are: Steven Finch SC from Tenth Floor Selborne/Wentworth Chambers; Justin Gleeson SC from Banco Chambers; Noel Hutley SC from Fifth Floor St James’ Hall Chambers, and John Sheahan SC from 5th Floor Wentworth Chambers.

The following comments about the four barristers named ‘star individuals’ were included in The Chambers Asia-Pacific 2013 Guide.

Archibald: “One of the most recognised names at the Victoria Bar.”

Jackson: “Widely regarded as the best appellant advocate in country.”

Stars of the Bar named

Last Updated: 20 July 2016 Published: 06 March 2013
The Women in Law Awards is the benchmark for excellence, recognising the empowering women influencing the Australian legal profession, celebrating the female leaders, role models and future champions of the industry. Register for the waitlist today for the opportunity to attend this remarkable awards ceremony and network with top legal professionals and fellow peers.
Visit womeninlaw.com.au