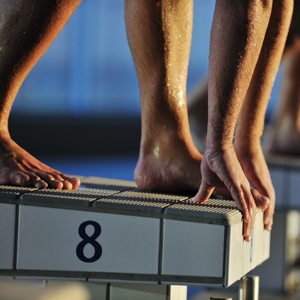 One of the highest-profile barristers in Australia has been hired by the Australian Olympic Committee (AOC) to head its investigation into drug use and bullying by swimmers at the London Olympic Games.

Bret Walker SC, from Fifth Floor St James’ Hall Chambers in Sydney, who last week was singled out by Chambers and Partners as one of the four best silks in the country, has been appointed with a view to holding the swimmers to account for their actions.

The move comes after Swimming Australia’s decision to establish an integrity unit following admissions of misbehaviour and unauthorised use of the drug Stilnox by the Australian 4x100m swimming team prior to the London Games last year.

A leading sports lawyer has called on the integrity panels set up to investigate recent scandals in Australian sport to act within the rules and procedures of the sport in question.

Tim Fuller, of Walsh Halligan Douglas Lawyers, has told Lawyers Weekly that, although integrity panels are a vital part of weeding out doping and misbehaviour in Australian sport, they must themselves play within the rules.

“The integrity commission must act within the rules and procedures of sports. They cannot be a sort of lone wolf, going off by themselves wielding unlimited power,” said Fuller.

The AOC has warned the swimmers that they could also be in breach of the ethical behaviour by-law in its team agreement.

The sanctions for the swimmers could extend to withdrawing funding won in the lead up to the Rio Olympics in 2016, said Philips.

Fuller’s view is that Swimming Australia, like many other national sporting organisations, has failed to define the type of behaviour that constitutes bringing their sport into disrepute or contempt.

“Most sporting organisations keep the clause in relation to behaviour as broad as possible,” says Fuller.

He adds that it’s an “unusual move” by the AOC to hire a barrister to investigate these incidents further.

“I think it’s a bit unnecessary, but then again, the perception is sometimes as valuable as the outcome,” said Fuller.

“I find it unusual to bring in a barrister, because everything is very well governed in relation to Swimming Australia. They’ve got team agreements, which pretty much govern the relationship between the swimmer and them.”