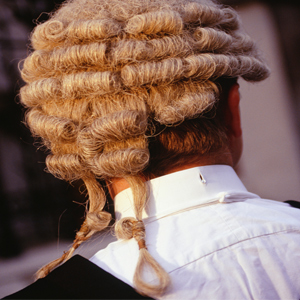 Tasmanian Attorney-General Brian Wightman has announced that the Hon Justice Alan Blow OAM will be the next chief justice of Tasmania.

Stephen Estcourt QC and Robert Pearce have also been appointed as puisne judges in the Supreme Court.

Wightman also announced the appointment of Simon Cooper and Simon Brown to the Magistrates’ Court of Tasmania.

"It is with great pleasure that I announce the appointment of Justice Blow as the next chief justice of Tasmania, replacing the Hon Chief Justice Ewan Crawford, who retires on 8 April 2013," said Wightman.

Estcourt is a respected local barrister and Queen's Counsel who practises in Tasmania and Victoria, said Wightman. He served as a magistrate in Hobart from 1990 to 1994. He is a commissioner of the Legal Aid Commission of Tasmania and was chairperson of the Inaugural Resource Management and Planning Tribunal in Tasmania. He also has experience as a lecturer and teacher in law.

Pearce was appointed as a magistrate in Launceston in August 2009 and his service in this role, and positions including chairperson of the Disciplinary Tribunal and chairperson of the Tasmanian Racing Appeal Board, has been rewarded by his elevation to the Supreme Court, said Wightman.

The appointments of Blow and Estcourt will take effect on 8 April.

"Simon Cooper is an experienced legal practitioner who has served as chair of the Parole Board and executive commissioner of the Resource Planning and Development Commission. He will fill the vacancy created by Magistrate Peter Dixon's retirement in December of last year.”

Simon Brown will become a magistrate in Launceston following the elevation of Magistrate Robert Pearce to the Supreme Court.

“In 25 years of legal practice, Mr Brown has gained a reputation as a highly principled and ethical practitioner. He currently serves on a number of professional committees and boards, including the Board of Legal Education and The Law Society of Tasmania,” said Wightman.

Cooper commences his appointment on 8 April while Brown commences on 11 June.