A big man in and out of the Bar 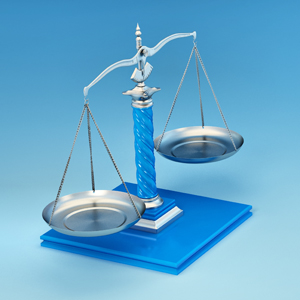 Abrasive, generous, hard, but above all, an outstanding advocate, is how Christopher Branson QC will be remembered.

The Australian legal community is still coming to terms with the news that late on Friday morning (15 March) Branson’s body was found at the base of cliffs on Sydney’s northern beaches.

New South Wales police have said there appears to be no suspicious circumstances.

“He was the sort of guy that was extremely resilient,” said Mark Friezer, a partner at Clayton Utz who worked closely with Branson on the Law Council of Australia’s Taxation Committee. “He was a hard, tough man and we are still coming to grips with this.”

‘Hard’ and ‘tough’ are two traits that Branson’s good friends regularly use to describe the 38-year veteran of the Bar, with those qualities on display inside and outside the courtroom.

Just recently, in 2008, Branson survived a horrific car crash after colliding head-on with a garbage truck on the Sydney Harbour Bridge.

“A mate of mine in the surf club community said he had seen a picture of a surfboat on a wave ... and there is Chris on the bow, holding the oar as the boat is breaking in two,” said Friezer. “You don’t get many tax lawyers like that. Most like a good book and an extra strong cappuccino when looking to do something exciting.”

The renowned Eleven Wentworth Chambers clerk Paul Daley has known Branson since he first joined the Bar in 1975, with their love of the surf helping to form a strong bond.

“He was a big man, a very strong man, and won numerous Australian surfboat titles,” said Daley, the clerk at Eleven Wentworth Chambers for 52 years. “He also captained the Australian surf lifesaving team.

“He was a feared competitor in sport and at the Bar. When he was on the other side, you knew you were in for a fight.”

He was the runner-up to the former High Court judge Mary Gaudron for the Sydney University Medal in Law in 1966, and later studied and rowed at Oxford University.

Before joining the Bar, he was an associate to Justice Garfield Barwick, the chief justice of the High Court between 1964 and 1981, and was a silk for over 20 years.

Beers with the taxman
As a silk, Branson forged a reputation as an expert in criminal law, corporate law and taxation law.

He acted for many high profile organisations and individuals, including the Manly Warringah Sea Eagles football club and for the former NSW planning minister Tony Kelly at the recent ICAC hearings.

Branson’s nous as a tax law expert was demonstrated by numerous office holdings he held.  At the time of his death, he was the chairman of the Taxation Committee of the NSW Law Society and as the deputy chair of the Law Council of Australia Taxation Committee.

Friezer, the chair of that committee, said a major contribution Branson made while involved with the taxation committee was to forge close personal ties with senior members of the tax office.

“Mike D’Ascenzo, the former tax commissioner, sent me an email on Monday about Chris’ death and is very upset,” said Friezer. “Chris would often say, ‘ah, just give Mike a call, we will have a beer and work it out’.

“Chris was that sort of guy; he had the respect of these senior people.”

Branson is survived by his wife Anne Marie and their two children and by three adult children from his first marriage.

Support for anyone feeling distressed is available by phoning Lifeline on 13 11 14.

A big man in and out of the Bar