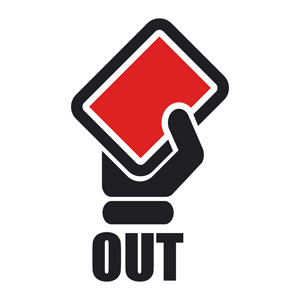 A NSW barrister has been removed from the local Bar Roll after it was found she put her personal and financial interests above those of the Court.

The Administrative Decisions Tribunal (ADT) barred Sydney barrister Christine Nash from practising as a barrister in NSW in a decision handed down on 26 March.

Nash had previously been found to have made false and misleading statements in District Court hearings in 2006 and 2007 in relation to a property deal in the inner-west Sydney suburb of Balmain.

In 2012 the ADT found Nash guilty of professional misconduct. In particular, Nash was found to have falsely attested that a solicitor witnessed her signature on a “four signature page” and that she had falsely given evidence that she had no interest in the building development project.

The decision handed down late last month dealt with an application by the NSW Bar Association to have Nash struck off the local roll.

The NSW Bar Association and its legal representation, which included Hicksons Lawyers, argued that the conduct of Nash indicated she is not fit to practise. It argued that Nash knew her evidence was false and that she was motivated by “self-interest”.

“The respondent put personal interest before her duty to the court to tell the truth,” said the Bar Association in its submission. “In that context she is not a fit and proper person to engage in legal practice.”

Peter Taylor SC, counsel for Nash, sought a reprimand as the most appropriate sanction. He argued that “Ms Nash’s reputation could not have endured unless her intrinsic nature was sound”.

Taylor further said that Nash was in a condition of “personal turmoil” between 2005 and 2009 “from which no reliable implication can be drawn about her conduct from the point of view of her personal fitness”.

The Tribunal, which included Paul Blacket SC and Robertson Wright SC as the judicial members, found that Nash’s explanations for her conduct “fell far short of what is to be expected of a barrister of good standing and repute”.

The Tribunal said it had taken into account Nash’s “otherwise unblemished career”, and noted her commitment to legal education and assistance to junior practitioners.

The Tribunal found that under the circumstances a reprimand would be “totally inappropriate” and found that Nash should be removed from the Roll in accordance with section 562 of the Legal Profession Act 2004.

Nash, who was not practising at the time of the hearing last year, had also indicated she did not intend to practise in the future.

During her legal career, which commenced in 1981, she acted on a number of high-profile matters.

These included acting for a 14-year-old boy from Redfern who struck a pedestrian while driving a stolen car through Kings Cross last year and, in 2010, she acted for the actress Rachael Taylor, who made an apprehended domestic violence order against her former boyfriend, the celebrity Matthew Newton.