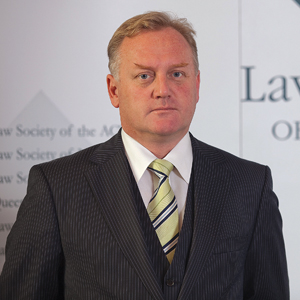 It was announced last week that Ward (pictured) would assume the second-in-command position of the Commonwealth Lawyers Association (CLA).

The appointment is for two years.

Ward, an Adelaide-based barrister with Edmund Barton Chambers, was the president of the Law Council of Australia (LCA) in 2011.

Ward will work alongside English lawyer Mark Stephens, who was appointed the CLA’s president.
Stephens is a partner with HowardKennedyFsi.

Stephens has acted for many high-profile clients, including James Hewitt, the former lover of Princess Diana.

Recently, Stephens and Australian lawyer Jennifer Robinson were part of Julian Assange’s legal team in the UK as he fought to stop his extradition to Sweden.

The only other Australian member on the CLA council is TressCox Lawyers partner Ron Heinrich. He was the president of the CLA in 2003.

The next conference will be held in Glasgow in 2015.