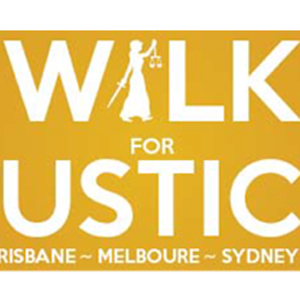 The PILCH Walk for Justice is one of the main events taking place nationally as part of Law Week next week.

The Walk for Justice, which is now in its sixth year, will take place in Melbourne, Sydney, Brisbane, Adelaide, Townsville and Newcastle on the morning of Tuesday 14 May.

“It’s one of our biggest fundraisers ... but equally as important is the opportunity to get the legal community together,” said Rachel Brown, IT manager and publications officer with PILCH.

“Even though it can be hard getting people out of bed early in the colder weather, we know that people will do it because they’re passionate about the work that we do and the walk is a good show of support for the idea of justice for everyone, which is what PILCH is all about.”

Last year the walk raised approximately $20,000 and Brown said PILCH is hoping to exceed that figure this year. The money is used to support PILCH’s work to “help support people that would otherwise be denied access to justice”.

People who take part in the walk are drawn from all corners of the legal community, and organisations that enter teams include law firms, community legal service organisations and statutory bodies. A number of judges and magistrates are also taking part.

“We’ve got a good presence from some of the universities this time around,” added Brown. “It’s great to get law students involved.”

It is still possible to register for the walk, which takes about an hour.

“It’s not a test of endurance or anything ... it’s a good opportunity to speak to other people in the legal community,” Brown said.

National Law Week, which takes place from 13 to 19 May, will be officially opened in Sydney by NSW Attorney-General Greg Smith and Law Society of NSW senior vice-president Ros Everett at the Parramatta Legal Expo on Monday (13 May). NSW has more than 130 free events planned throughout the state.

President of the Law Society of NSW John Dobson said: “Law Week is an opportunity to provide information directly to the public in their local communities by helping to ensure that people have a greater understanding of the legal system.”

A mock-trial program aimed at introducing schoolchildren to the processes of the legal system, investigation procedures and the inner workings of a court is taking place in a number of states.

The Golden Gavel competition will also take place on the Friday (17 May) in Sydney.

One of the more unusual events, a cemetery tour, will take place in Melbourne on Sunday 19 May, where participants can learn about the significant law makers and law breakers buried in the Melbourne General Cemetery.

Events including court tours, talks and debates are taking place in every state, and full information can be found on the Law Week website.