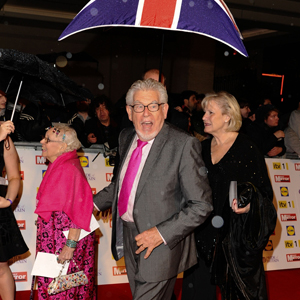 David Brustman SC told Lawyers Weekly that a TV interview with 42-year-old Wollongong woman Tonya Lee, who has accused Harris (pictured) of sexually assaulting her in a London pub when she was 14, has most likely already planted pre-judgements in the minds of potential jurors.

The interview was broadcast on Channel Nine’s A Current Affair program and featured in Woman’s Day magazine. Brustman claimed the high level of interest in the story and widespread online reporting will make it extremely difficult to conduct a fair trial, regardless of whether proceedings take place in the UK or Australia.

“The digital age certainly makes it profoundly easier for people to investigate anything,” he said.

Brustman admitted that sub-judice limitations on media reporting have been effective in cases where the accused is not a public figure, and said the restrictions should apply prior to an arrest or charges being laid.

Harris has not been charged with a crime and has strongly denied any wrongdoing.

But, Brustman added, it’s difficult to contain a scandal, particularly when it relates to a personality as well-known as Harris.

“Restrictions notwithstanding, this information comes out,” he said. “It’s only a matter of time before the identity of a well-known personality is leaked.”

Speaking with Lawyers Weekly last month, Bond University associate professor Jane Johnston said that the legal system is incapable of silencing internet chatter before potential damage to a fair trial has been done. The most realistic approach to preserving the integrity of the court process is juror education and pre-trial training, she said.

The Juries and Social Media Report released in April, which Johnston co-authored, was commissioned for the Standing Council on Law and Justice following concerns that social media users could prejudice the trial against the man accused of the rape and murder of Jill Meagher.