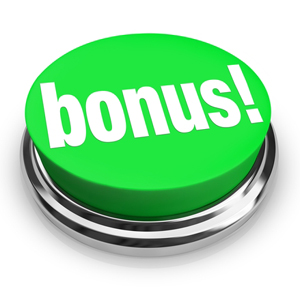 The award of a premium to Storm Financial victims who bankrolled part of a class action against Macquarie Bank could encourage self-funded group litigation, a Brisbane silk has claimed.

Douglas Campbell SC was briefed by Queensland-based firm Levitt Robinson, which represented 315 investors who paid $5.5 million towards the cost of legal proceedings.

These group members will recover 42 per cent of their lost investments, taking into account a ‘funder’s premium’ of 35 per cent. Plaintiffs who did not finance the class action will receive a 17.6 per cent return.

Campbell told Lawyers Weekly that the premium could prompt a rise in self-funded class actions.

He admitted, however, that regularly requesting money from a client “puts lawyers in a difficult situation”. So, too, does making a proposal that favours some clients over others, he added.

“[The plaintiffs] were constantly asked for more money ... and the result was that not all group members wanted to give money,” he said. “Then the challenge of how to compensate those who contributed and those who didn’t.”

Campbell claimed the settlement terms were necessary to ensure a fair outcome for all group members. But the Australian Securities and Investments Commission (ASIC) argued that the 35 per cent premium was “arbitrary”.

Campbell said he was not surprised by ASIC’s objections, which were rejected by Federal Court judge John Logan.

“It was proper action for ASIC to take ... [the regulator] was not unduly aggressive,” said Campbell. “I think ASIC took a view that their duty as a public authority was to ensure the best interests of the group members.”

In the decision, Logan said the $82.5 million settlement was “fair and reasonable” and would avoid an appeals process that could have dragged on until 2016.

Levitt Robinson claimed the decision was a blow to litigation funders. However, Campbell said it could encourage litigation funders to back an open class action and claim a larger slice of the compensation awarded.

The decision affects a total of 1050 Storm clients who had taken out about $275 million worth of high-risk margin loans.

Macquarie Bank has not admitted liability under the terms of the settlement.

Levitt Robinson launched the class action in late 2010, accusing the bank of alleged breach of contract, unconscionable conduct and liabilities as a linked credit provider.