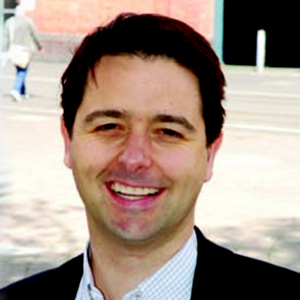 The head of Community Legal Centres NSW (CLCNSW) has slammed the O’Farrell Government’s attempt to introduce a gag clause in its funding agreements with legal assistance services.

New funding principles prohibit public campaigning and advocacy for changes to government policies or laws, and the lobbying of governments and elected officials on law reform.

Alastair McEwin (pictured), director of CLCNSW, told Lawyers Weekly that running public campaigns against unfair or ineffective laws is fundamental to the work of around 37 community legal centres (CLCs) that will be bound by the principles.

CLCNSW has recently been campaigning against proposed reductions to victims’ compensation payments under the NSW Government’s Victims Rights and Support Bill 2013, which was introduced into Parliament on 7 May.

McEwin expressed concern that the principles will prevent CLCs from adequately servicing the communities they represent.

“We need to be able to push for law reform in an unfettered way, in a way that is true to the community,” he said.

“The community tells us what’s not working, what’s unfair, and we then give those communities a voice and advocate [to Government] on their behalf.”

McEwin also revealed that CLCNSW has not been given guidelines on the types of activities that will be prohibited.

“We have no idea how this will work in practice ... our concern is that, how it’s currently worded, it’s very broad ... we don’t know what sort of activities the Government has in mind or the consequences of non-compliance.”

The Gillard Government has advised CLCNSW that it does not support the funding principles and will not include similar guidelines in its funding agreements with CLCs or Legal Aid NSW.

But most CLCs are subject to joint funding agreements with the state and federal governments, revealed McEwin, which could cause problems when the contracts expire on 30 June.

McEwin pointed to three possible outcomes if the NSW Government insists on introducing the funding principles: the current joint agreements may be rolled over for another year, the state and federal governments may separate their funding agreements, or CLCs will simply be deprived of funding until the governments sort out their differences.

McEwin also warned that the principles could have widespread implications beyond the legal industry, including the health and welfare sectors.