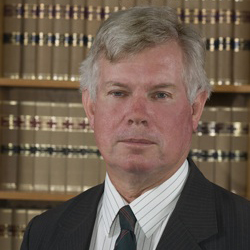 The Australian Lawyers Alliance is calling on the Catholic Church to reveal the accurate number of victims known to it in the Victorian child sexual abuse inquiry.

The Catholic Church in Victoria confirmed on Friday (June 7) that it accepted the authenticity of 849 child abuse complaints, made since the 1950s, against 269 male and female clergy and lay persons.

Those the Church said have been found guilty include 114 brothers, 98 priests, nine nuns, two seminarians, 42 lay people and two listed as 'unknown'.

ALA spokesman Dr Andrew Morrison SC (pictured) said these figures are far from the complete story because two-thirds of the Victorian diocese was not included in those figures and the Church is aware of at least another 90 cases.

“It is not acceptable to wait for the Royal Commission to call for this material and then start the process of producing it. If the Catholic Church is genuine in saying that things have changed, it will produce relevant files as soon as possible,” said Morrison.

The current numbers were revised up by the Church, which, in its original submission to the Victorian inquiry, said it had paid compensation to 620 victims.

Earlier this year, Cardinal Pell said that he had reviewed the Towards Healing files in the Sydney archdiocese and was unaware whether any of the complaints upheld by the Church’s own internal inquiries had been reported to police.

“We know from the Victorian inquiry that none of the abuse involving the Catholic Church there, including the period when Cardinal Pell was Archbishop of Melbourne, has been reported to Victorian Police. It is a reasonable assumption that a similar failure to report serious criminal conduct, accepted by the Church as having occurred, has also been the case in NSW,” said Morrison.

“The ALA would like to see frank disclosure of all of the abuse and of the abusers in each of the dioceses of the Church throughout Australia.

“The abusers should forthwith be reported to police in NSW whether under Section 316 of The Crimes Act or under its precursor common law provision. Only then will the church be able to credibly claim to have changed its ways.”