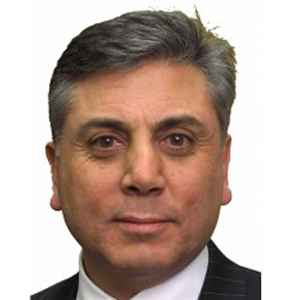 The Australian Bar Association (ABA) has threatened to sue Sydney-based barrister and mediator Derek Minus for his use of the website name Austbar.

The ABA has hired Sydney-based law firm Worthy of the Name to represent it in claiming ownership of the trademark of the name Austbar.

Lawyers Weekly broke the story last week when Michael Colbran QC, president of the ABA and the new head of the Law Council of Australia (LCA), denounced Minus’ website domain name and scales of justice logo as “deceptively similar” to the ABA’s.

The lawyers representing the ABA are now threatening legal action if, by the end of today (12 June), the domain name www.austbar.com.au is not immediately transferred to the ABA; and Minus and his company, Australasian Barrister Chambers Pty Ltd, do not immediately cease and forever desist from using Austbar as a trademark or name in advertising, promoting or supplying legal services.

Legal proceedings are also threatened if Minus does not cease and desist from linking his website to the ABA website, or using any logo that is “substantially identical with or deceptively similar to the ABA logo”.

“It is an extraordinary set of demands. But one a monopolist could be proud of,” said Minus in post on his website. He told Lawyers Weekly he plans to send a reply letter by COB today but has no plans at this point to change the name and branding of his website.

Colbran said he had no comment on this story when approached by Lawyers Weekly yesterday (11 June).

On 30 May, after Minus alerted each Bar Association in the country to the imminent launch of his new website: Australasian Barrister Chambers, which operates from the domain name address at www.austbar.com.au, the ABA lodged a trademark application for the word Austbar.

According to Worthy of the Name’s trademark lawyer Wayne Covell, the ABA has “since 2002, been the registered holder of the domain name www.austbar.asn.au and over many years established a valuable and extensive legal reputation in the common law trademark Austbar”.

Worthy of the Name also registered the domain names www.austbar.com and www.austbar.net.au and Covell advised that the ABA was also the beneficial owner of those domain names, which he said direct internet traffic to the ABA website.

“It may surprise some to find that the Australian Bar Association (which stamps its ABA acronym on everything from its logo to its cufflinks) is also known by the moniker Austbar,” said Minus, adding that a search of the ABA’s website finds no use of the word other than in its email address.

“One wonders what its members, who happen to be every practising barrister who is a member of any Australian Bar association, think of the ABA’s attempt to trademark and prevent anyone else from using what must be one of the most generic of terms for an Australian barrister: Austbar.”

The trademark is yet to be approved and could take several months to reach final approval, said Minus, who is an arbitrator with the World Intellectual Property Organisation.

He said that if there was no formal opposition lodged, the trademark would probably be approved.

“I haven’t decided whether I’ll formally oppose it … I [hope] it will be a matter of negotiation,” he said.

To avoid any confusion that his website might have the support or affiliation of the ABA, Minus has added a disclaimer to its front page. However, the ABA’s lawyers have said that this “does not resolve this matter”and that “the website, your conduct and your company’s conduct are still likely to mislead and deceive”.

Minus said he never had any inkling, when he set up his website, that it could be confused with the ABA’s, and that he was surprised and disappointed with the ABA’s reaction.

“It’s not barbarians at the gate; it’s just another barrister thinking that he’s doing something worthwhile for the profession and, without discussion or consultation, suddenly I’ve become some kind of pariah and treated as if I’m somehow undermining the very organisation that’s [supposed to be] trying to support me,” said Minus.