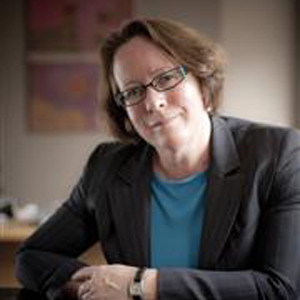 The appointment of four new judges to the Federal Court has been welcomed by the Law Council of Australia.

The president of the Law Council of Australia (LCA), Michael Colbran QC, said the appointments were long overdue and will strengthen the Federal Court’s resources.

Upon making the appointments, Attorney-General Mark Dreyfus said: “All four appointees come to the Court with a strong commitment to the service of the law and access to justice, and their considerable experience will be a great addition to the Federal Court bench.”

Mortimer (pictured) is a star of the Victorian Bar with a recognised pre-eminence in administrative and constitutional law, anti-discrimination and extradition matters.

“She is particularly renowned in the public law sphere for her role as leading counsel in the applications to the High Court on behalf of Afghani asylum seekers under threat of removal to Malaysia in 2011,” said Colbran.

In 2011, Mortimer was awarded the LCA President’s Medal in recognition of her outstanding contribution to the Australian legal profession.

Mortimer was admitted in 1988 and appointed senior counsel in 2003. She teaches on the Masters Program at Melbourne Law School, is a regular presenter at academic and professional conferences and is the author of several publications.

“[White’s] trial and appellate experience will be of great benefit to the Federal Court,” Colbran said.

Pagone has a Master of Laws from Cambridge University, became a barrister in 1985 and was appointed Queen’s Counsel in 1996. He was a judge of the Supreme Court of Victoria from 2001 to 2002 and again from 2007 until this appointment to the Federal Court.  His specialities include tax, commercial law, administrative law and civil rights.

“[Pagone] served as chair of the Business Law Section of the Law Council of Australia and will bring a range of expertise to the work of the Federal Court,” Colbran added.

An advisory panel comprising the former Federal Court judge Margaret Stone, former president of the LCA Catherine Gale and a senior officer of the Attorney-General’s Department considered candidates for these appointments and recommended all four appointees to the Attorney-General.

Pagone will start in his new position on 21 June; Davies on 4 July, Mortimer on 12 July and White on 31 August.