Breaker Morant gets his day in court 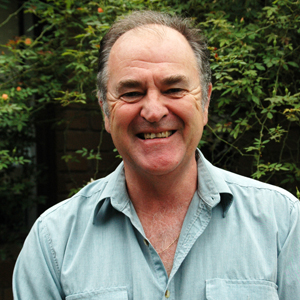 Military lawyer James Unkles (pictured) has been petitioning the British and Australian governments for four years to re-examine Morant’s case, and that of co-accused Peter Handcock; both were executed in 1902 for killing prisoners during the Boer War.

Unkles told Lawyers Weekly that he requested the Victorian Bar hold an exhibition appeal in the hope it would “move the British government to the point of negotiation”. He added that the former and current attorneys-general, Nicola Roxon and Mark Dreyfus, “have not been very helpful”.

“I hope the commentary in the judgment will corroborate what I’ve been saying for four years, that this case was grossly unjust and constructed in a way that these Australians were denied fair trials,” he said.

Unkles has enlisted high-profile legal counsel to assist with the case, including Burnside and former US military lawyer Lieutenant Colonel Dan Mori, who represented David Hicks during his American military commission trial process.

At the heart of appeal is the argument that the soldiers were denied the right of appeal under the Manual of Military Law (1898). There will also be a theoretical examination of what an appeal would have looked like had the lawyer representing the soldiers lodged one.

Even though the proceedings, which are being held according to the military laws of 1902, will not be legally binding, Unkles said it was important that details of the case be aired to the public.

He also claimed the case has present-day implications, making comparisons to prosecutions in connection with the wars in Afghanistan and Iraq.

“It reverberates today in Britain’s involvement in wars in the Middle East; in particular, it reminds us of war crimes and excess retribution,” said Unkles.

The appeal will be heard on 20 July in the historic Banco Court in Melbourne’s Supreme Court and streamed online.

Breaker Morant gets his day in court