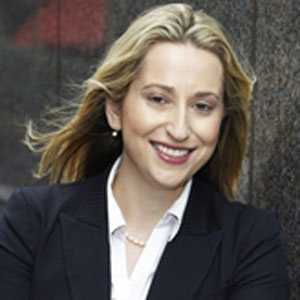 The president of Australian Women Lawyers (AWL) has claimed that Australia’s inaccessible childcare system is stopping lawyers and barristers from returning to work after maternity leave.

Kate Ashmor (pictured) told Lawyers Weekly that anecdotal evidence suggests that an inability to access childcare, whether due to cost or limited places, is contributing to the attrition rate of women in the legal profession.

Female lawyers in small-to-medium firms are particularly vulnerable, she said. “Women in these roles are not high flyers ... they are on modest incomes.”

Even the profession’s high earners who can afford to pay for childcare – its price tag climbed by three times the inflation rate last year – are still constrained by the often impractical opening hours of childcare centres, she added.

Ashmor also singled out female barristers as a vulnerable group. She said many are forced to refuse briefs or leave the profession altogether because the childcare system can’t cater to their needs.

Female barrister numbers are already shrinking due to an increase in women being appointed to the bench, according to recent research by the AWL. There are currently 340 female judges in Australia, around 34 per cent out of a total of 1014, compared to about eight per cent in 1995.

Propping up female numbers at the Bar, as well as the wider profession, requires childcare reform at a government level, according to Ashmor. She urged the Federal Government to regulate nannies under the childcare system, which would attract the Childcare Rebate.

“I am very confident that this would positively address some of the issues facing women lawyers, including the attrition rate of women lawyers and barristers,” she said.

She also encouraged employers to be “reasonably accommodating” of women returning from maternity leave by avoiding setting meetings and deadlines between 8am and 9am or after 5pm – childcare pick-up and drop-off times.

“It might involve changing habits, but it’s not a big deal,” she added.

Last Updated: 11 July 2013 Published: 10 July 2013
The Women in Law Awards is the benchmark for excellence, recognising the empowering women influencing the Australian legal profession, celebrating the female leaders, role models and future champions of the industry. Register for the waitlist today for the opportunity to attend this remarkable awards ceremony and network with top legal professionals and fellow peers.
Visit womeninlaw.com.au