Lawyers may lose out on parental pay 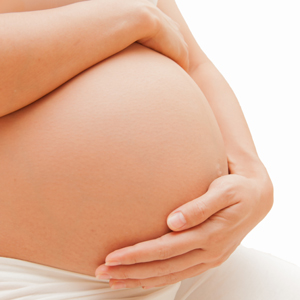 High-earning female lawyers who are single or breadwinners are unfairly disadvantaged under the Rudd Government’s Paid Parental Leave (PPL) scheme, a Women Lawyers Association of NSW spokesperson has claimed.

PricewaterhouseCoopers legal director Susan Price, who wrote a submission on behalf of the industry body, told Lawyers Weekly that the Federal Government’s $1.4 billion initiative should not have an income test.

“[It] does treat single women unfairly, or those earning above the threshold who are the main breadwinner in their family ... the very income that needs to be replaced, in part, while the woman is on parental leave,” she said.

Only women earning less than $150,000 a year can take advantage of the scheme, which pays new mothers the minimum wage of $606 for 18 weeks.

Price said the means test could prompt pregnant lawyers and barristers to manipulate their income in order to qualify for PPL.

“We are aware of a woman who was due to receive a bonus and asked her employer to defer it into the next tax year.”

Barristers are in a better position to alter their assessable income, admitted Price, but claimed that any financial gain would likely be paid back in tax obligations for the following year’s inflated earnings.

Price also argued that an all-inclusive PPL scheme could encourage more women to participate in the workforce and, in turn, boost the country’s overall productivity.

She added, however, that PPL does not address the more pressing problem of lack of affordable and accessible childcare.

“The current childcare system is patchy and unable to meet demand, and the way the Government subsidises parents is confusing and variable,” said Price.

“There should be a thorough review of how childcare is delivered and funded, to simplify the system, and properly assess the benefits that childcare can add to workforce participation for women.”

Kate Ashmor, the president of Australian Women Lawyers, has also urged the government to review what she described as Australia’sinaccessible childcare system in an interview with Lawyers Weekly earlier this month.

Ashmor said at the time that, based on anecdotal evidence, the inability to access childcare, whether due to cost or limited places, is contributing to the attrition rate of women in the legal profession.

She singled out female barristers as a vulnerable group, claiming that many are forced to refuse briefs or leave the profession altogether because the childcare system can’t cater to their needs.

Lawyers may lose out on parental pay