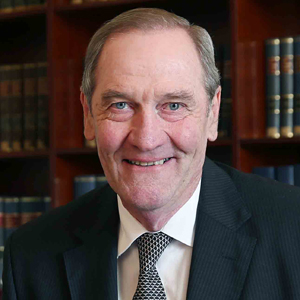 Judge Geoffrey Muecke has been appointed as the new chief judge of the District Court of South Australia.

Muecke (pictured) has been in the role of acting chief judge since the retirement of Justice Terry Worthington QC in April.

Judge Muecke was admitted to practice in 1970 and served in various roles in the Attorney-General’s Department before joining Jeffcott Chambers in 1982. He made his name serving a number of complex civil cases and Royal Commissions, including those into prisons and the former State Bank.

He was appointed as a judge of the District Court in 1999.

The Law Society of SA welcomed the appointment, with Law Society president John White saying Muecke was an obvious candidate for the role.

“Chief Judge Muecke is one the most experienced judges in SA and has an intimate knowledge of the inner workings of the District Court,” White said.

“His appointment coincides with a review of the civil litigation process, which is likely to lead to further changes to the way in which the courts operate.

“The Society looks forward to a strong working relationship with Chief Judge Muecke, and hopes he has a full complement of judges to work with in the not-too-distant future.”