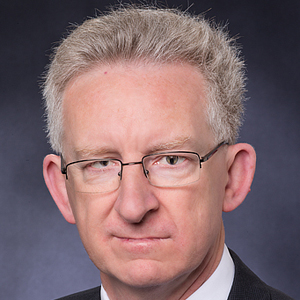 Two ACT lawyers have been appointed as senior counsel._x000D_ _x000D_

Two ACT lawyers have been appointed as senior counsel.

The appointments of Philip Anthony Walker (pictured) and Peter John Fawckner Garrisson to senior counsel were announced by the ACT Bar Association this month.

Walker was first admitted to practice in 1988 and joined the Bar in 1998. His main areas of practice include commercial law and administrative law.

Walker helped with the successful introduction of the ACT Supreme Court blitz, a 12-week intensive listing of cases that significantly reduced the jurisdiction’s backlog.

He has also served on the ACT Law Reform Commission and, as president, was actively involved in opposing: the changes to personal injury legislation, the reduction in rights to trial by jury and the reduction of the right to plead self defence in assault cases.

Walker has also been a legal officer in the Royal Australian Navy Reserve since 2004.

He was admitted to legal practice in 1981 in Victoria and was a partner in Corrs Chambers Westgarth and later Home Wilkinson & Lowry in Melbourne.  He also served as a regional commissioner for the Australian Securities and Investments Commission before moving to Canberra and joining the ACT Government Solicitor in 1999.

“We are fortunate to have both of these eminent members joining the ranks of senior counsel,” Stretton added.

“They can both truly be seen as leaders of the Bar.”