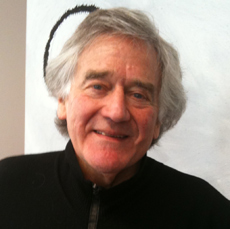 The Federal Court made orders on Monday (26 August) for a trial to start in June 2014 over a proposed nuclear waste dump at Muckaty Station in the Northern Territory.

A group of traditional owners, including nationally renowned Aboriginal elder Lorna Fejo, have alleged that the Government’s nomination of the land for Australia’s first national nuclear waste dump is invalid.

They say the Northern Land Council (NLC) wrongly, and in breach of its duties, did not properly identify the traditional Aboriginal owners of, and the people holding an interest in, the nominated land, did not consult adequately and did not get proper consent before recommending the site.

Maurice Blackburn principal Brooke Dellavedova said the setting down of a trial date means there is light at the end of the tunnel for the traditional owners, who have been fighting the dump for more than six years.

“Many Aboriginal people with important connections to this land were either not consulted or their opposition was ignored. We are encouraged by this latest step in the legal process.”

Justice North granted leave to the applicants to amend their statement of claim to include information uncovered in recordings of meetings provided by the NLC.

Justice North also requested further evidence about the health of two witnesses to determine whether their evidence should be taken in September.  A further hearing to determine steps leading up to the trial will take place early next year.

In 2007, the NLC nominated Muckaty as a proposed site for the deposit of radioactive materials under the Commonwealth Radioactive Waste Management Act 2005.

Legal proceedings against the Federal Government and the NLC began in June 2010.