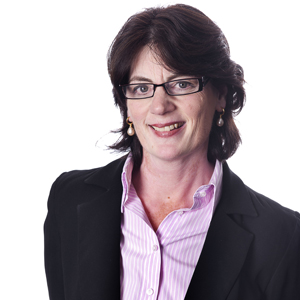 The Victorian Bar has taken a new tack in its efforts to promote access to justice, launching its own pro bono scheme for unrepresented parties.

Eighty-six barristers, including senior counsels, have already volunteered to sign up to a roster system of Duty Barristers.

The pilot scheme for the latter part of 2013 will focus on civil appeals. The Court of Appeal, Civil Division, was chosen due to its high number of applications for leave to appeal by self-represented litigants.

In a letter to members, Jane Dixon SC, Will Alstergren SC and Nick Papas SC said the scheme will clear backlogs and assist the Victorian Bar in making credible submissions to government on issues of access to justice and shortfalls in legal aid funding. It will also provide an opportunity for junior counsel to work closely with senior counsel and senior juniors to enhance their practice.

The scheme follows numerous efforts by the Victorian Bar to persuade political parties to boost legal aid funding, including the launch of a petition with the Law Institute of Victoria (LIV) in August.

Victoria Legal Aid made the widest-ranging funding cuts to legal aid grants in its history in January due to “unprecedented demand” for its services, which it said had not been met with proportionate increases in government funding.

Fiona McLeod SC (pictured), chair of the Victorian Bar and a judge at this year’s Lawyers Weekly Women in Law Awards, said at the time: “It costs more in the long term – socially, morally and fiscally – when there are court delays, appeals and potential for miscarriages of justice.”

The UK legal system is also dealing with the consequences of legal aid cuts, including an unprecedented increase in unrepresented parties. In April, the UK judiciary released a guide for self-represented litigants making applications to the Interim Applications Court of the Queen’s Bench Division of the High Court.

Writing in the guide’s foreword, Sir John Thomas, President of the Queen’s Bench Division, said: “The purpose of the Guide is simply to set out a few important practical points for a litigant in person to bear in mind when presenting his or her case.”

However, a 2012 Civil Justice Council report on self-represented litigants stated that the UK system is “one designed for lawyers” and which was “far too complex and obscure for those representing themselves”.