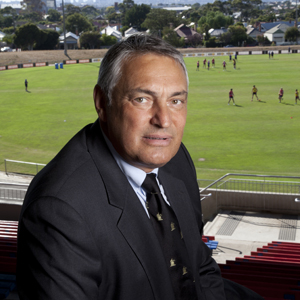 There was sad news at the Victorian Bar this week with the death of Henry Jolson OAM QC on Sunday (13 October) after a long illness.

The Melbournian was 66 years old; his parents came to Australia in 1947, having survived the Holocaust.

Jolson (pictured) was admitted to practice in 1972, after graduating from Monash University with a degree in Economics and Law and serving his articles at Blake & Riggall (now Ashurst).

One of the country’s most distinguished alternative dispute resolution (ADR) practitioners, Jolson was a pioneer of mediation in the legal profession. He was a Grade 1 Arbitrator of the Institute of Arbitrators and Mediators Australia; served on the Victorian Bar’s ADR committee for a record 18 years and was a foundation member of the Law Council of Australia’s ADR committee, sitting on the committee for 20 years and serving as its chair for seven of those years.

He received an OAM in the 2012 Queen’s Birthday Honours List for service to the law, particularly in the area of ADR, to professional associations, and to the community. In September 2012 he was also inducted as a Living Legend of the Victorian Bar.

With a keen interest in sport, he was also a foundation chairman of the Bar Sports Law Committee. He had been a judge arbitrator of the International Court of Arbitration for Sport since 2000, judging for the Sydney and Athens Olympics and the Melbourne and Delhi Commonwealth Games. He was a board member of the Western Bulldogs for 10 years and was made a Life Member in 2011.

He is survived by wife Carolyn, three sons, a daughter and grandchildren.