Uncertainty over Rayney’s return to law 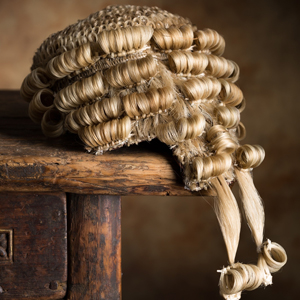 The murder case against Lloyd Rayney may be over but it is still unclear whether or not the Perth barrister will be investigated for alleged professional misconduct.

NSW Director of Public Prosecutions (DPP), Lloyd Babb SC, who was appointed by the WA Government to prosecute Rayney for the murder of his wife Corryn, said on Friday (18 October) that he would not launch any further appeals.

Babb’s announcement follows last month’s (23 September) dismissal of a Supreme Court appeal against Rayney’s acquittal. The DPP had argued that trial judge Justice Brian Martin did not properly assess all of the evidence prior to handing down his not guilty verdict in November.

The Legal Practice Board (LPB) of WA has confirmed to Lawyers Weekly that it has not yet received a notice of intention to practise law from Rayney now that the DPP has ruled out a High Court challenge.

The barrister had been banned by the LPB from conducting jury trials pending the outcome of his murder case, which apparently included any appeals. He informed the LPB in December that he will not recommence legal practice without giving it 42 days’ notice.

A notice of intention to practise could prompt an investigation into allegations of “discreditable conduct” made against Rayney in Justice Martin’s judgment.

The judge found that Rayney knowingly tapped his wife’s phone and gave false evidence to a court while under oath. The false evidence refers to Rayney’s claim that the recorded conversations with his wife were subject to professional privilege.

Speaking with Lawyers Weekly in November, a prominent legal academic claimed that if the perjury charges are pursued Rayney could be banned from legal practice.

The LPB was, in fact, examining Justice Martin’s judgment at the time, an LPB spokesperson revealed to Lawyers Weekly, but the matter has since been put on hold.

The WA Bar Association, of which Rayney is a member, also announced in November that it would consider the judge’s findings. The body could strip Rayney of his membership but it can’t prevent him from practising as a barrister.

In a separate defamation case against the State of WA, which was put on hold until the DPP’s appeal was dealt with by the courts, Rayney has claimed he was “greatly injured” when identified as the “prime” and “only” suspect in his wife’s death by a senior police officer.

Rayney is seeking compensation for distress and anxiety as well as aggravated damages for loss of revenue, loss of expected future earnings and loss of the opportunity to be appointed senior counsel, which could cost the WA government millions of dollars.

Uncertainty over Rayney’s return to law