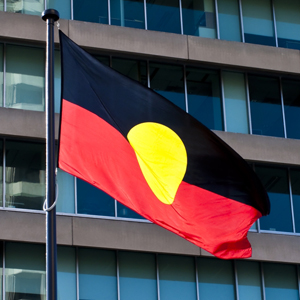 The manager of the largest criminal law practice in the Northern Territory has been named Indigenous Lawyer of the Year for 2013.

David Woodroffe accepted the award at the National Indigenous Legal Conference Ball last Saturday night (26 October). The managing solicitor for the North Australian Aboriginal Justice Agency (NAAJA) has spent around 14 years in a variety of Aboriginal legal agencies in the Territory.

Woodroffe is also a former member of the Law Council of Australia (LCA) Indigenous Legal Issues Committee. LCA president Michael Colbran QC commented that, in this role, Woodroffe “established and built upon his reputation for hard work on behalf of his clients and a passion for protecting and promoting the rights of indigenous people”.

Colbran also commended Woodroffe on his work at the NAAJA, remarking that the lawyer is “constantly seeking to improve internal procedures and practices to ensure that his team is working to its full potential and to ensure that his clients receive the best possible legal representation”.

Griffith University law student, Jill Gujlas, was also recognised on the night for outstanding academic and other achievements, being named Indigenous Law Student of the Year.

Colbran said Gujlas has shown a commitment to her studies, reflected in high academic scores, while balancing the responsibilities of being a single mother of two children.

“Mr Woodroffe and Ms Gujlas are outstanding role models and are deserving winners of this year’s awards,” Colbran added.