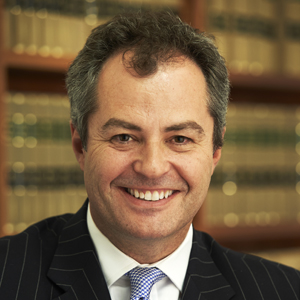 Livesey (pictured) is a member of Bar Chambers in Adelaide and was appointed silk in 2006.

He was the ABA’s vice president under Colbran prior to his appointment as president.

“Our first step will be to participate in the Advocacy Conference in Kuala Lumpur in September 2014. There we will explain what the Australian Bar can offer, from basic advocacy training to highly skilled representation in hearings, arbitrations or mediations.”

Colbran, a Melbourne-based silk, was criticised by sections of the Bar after he threatened to sue the Sydney barrister Derek Minus after he launched his AUSTBAR website last year.

Colbran claimed the site’s name and scales of justice logo were both “deceptively similar” to the ABA’s logo and domain.

Colbran was installed in the president’s chair of the LCA after Clayton Utz partner Joe Catanzariti left the position six months early to take up the vice-presidency of the Fair Work Commission.

Livesey said that the ABA was working on the finalisation of a new constitution to enable incorporation of the ABA and the launch of a new website.

The ABA has also announced that Fiona McLeod SC, the winner of the Advocate Award at the Lawyers Weekly Law Awards in 2013, will be the ABA vice-president.