Judge calls for vigilance in struggle for gender equality 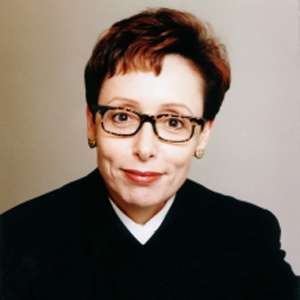 A female Justice has warned a gathering of legal dignitaries that women’s hard-won advancement in the law could be under threat.

Justice Ruth McColl (pictured right) of the NSW Court of Appeal was speaking at the Celebrating Women in the Judiciary event held in Sydney last week (27 February). Eleven women recently appointed to the Bench were honoured at the cocktail function hosted by Women Lawyers Association of NSW (WLANSW).

In her keynote address, McColl said the legal profession had come a long way since WLANSW’s patron, Justice Jane Mathews, was appointed to the District Court in 1980. She was quick to add, however, that there are still battles to be fought to prevent the struggle for equality from taking a backwards step.

Among what McColl described as “the warning signs” is the Federal Government’s decision to lift the gender diversity reporting requirements of companies from those with more than 100 employees, to those with 1000 or more staff.

“[These signs] are sufficient to remind us that we need to be vigilant,” she told a room full of legal dignitaries, including High Court Justice Virginia Bell, Chief Justice of the Federal Court James Allsop, Chief Justice of the NSW Supreme Court Tom Bathurst and president of the Human Rights Commission Professor Gillian Triggs.

“We will know we have reached the end of the journey when we share the freedom our male colleagues enjoy of being able to pursuing our legal career knowing that our gender is irrelevant to our success,” she added.

WLANSW’s Natasha Walls (pictured left with Sophie York) made the official presentation to nine of judicial appointees who were present on the evening. They were: Justice Margaret Beazley AO, president of the Court of Appeal; Justice Julie Ward, Court of Appeal; Federal Court of Australia Justices Kathleen Farrell and Melissa Perry; District Court of NSW judges Sharron Norton and Sarah Huggett, and magistrates Carolyn Huntsman, Karen Robinson and Katherine Thompson.

Recently appointed Chief Justice of the ACT Supreme Court Justice Helen Murrell and Judge Alexandra Harland of the Federal Circuit Court of Australia were unable to attend. Both practised in Sydney prior to their appointments interstate.

McColl said Beazley and Murrell are entitled to entry to the “FW2” club.

“They are the ‘first women to’ occupy their very senior positions in the judiciary,” she explained.

Judge calls for vigilance in struggle for gender equality