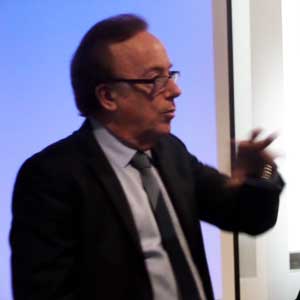 The CSO is no longer part of the NSW Department of Attorney General and Justice but remains an agency related to it and within the Justice Cluster.

The change was made under the Government Sector Employment Act 2013, which took effect on 24 February.

“It is with mixed feelings that we cease to be part of the Department of the Attorney General and Justice,” said Knight (pictured delivering an address on changes at the CSO).

“We have long been part of that department and its predecessors and have enjoyed the support of that department ... at the same time, it is an exciting prospect to be part of a law firm which is an executive agency, and to have the opportunities open to such an agency.”

The legislation will diminish the role of the Parliament in overseeing public sector administration and leave most of the details in the hands of the Executive Government.