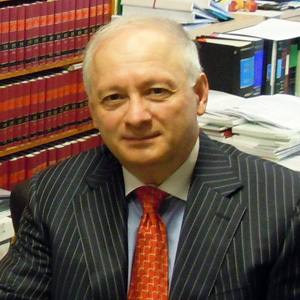 Two senior legal practitioners in Melbourne have set up an association for Australian lawyers with Hellenic lineage.

The Hellenic Australian Lawyers Association (HALA) will be launched at an event in the Supreme Court Library of Victoria this Friday (11 April). The association’s president, barrister Andrew Panna SC (pictured), told Lawyers Weekly that HALA would provide “a unifying force” for Hellenic-Australian lawyers.

“It will be a forum for lawyers with a Hellenic background where they can acknowledge and celebrate their heritage in ways that are relevant to their professional careers,” he said.

Panna admitted that setting up the association was the easy part. Tracking down potential members proved more difficult given there are several generations of lawyers of Hellenic descent dispersed throughout Australia.

Panna and the association’s vice president Maria Barbayannis, the principal of Melbourne firm Barbayannis Lawyers, scanned the roll of legal practitioners and the Bar roll to identify Hellenic Australians. They used what Panna described as a “rather crude method” of deciding whether a surname sounded Greek.

The process, while tedious, highlighted the high number of Hellenic Australians in senior positions, including a handful of judges, said Panna. They include Christopher Kourakis, Chief Justice of South Australia, who is also the association’s patron.

“There is an enormous wealth of talent and experience out there,” commented Panna, adding that one of the goals of the association is for these senior practitioners to nurture young Hellenic-Australian lawyers.

“The older generation will hopefully pass on some of our knowledge and experience to the next generation,” he added.

In addition to mentoring opportunities, HALA also plans to hold networking events and continuing legal education seminars for lawyers at all levels.

So far, the response from the Hellenic community has been encouraging, revealed Panna, who has turned away a number of lawyers interested in attending this week’s launch event since reaching the venue’s maximum capacity.

More than 200 lawyers and VIPs, including the Greek Ambassador, are expected to attend.