Move to QC in NSW stalls 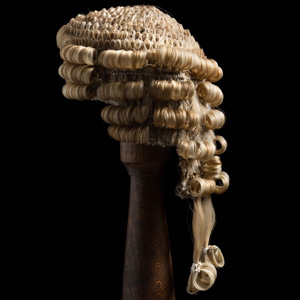 A NSW Bar Association committee has voted against reinstating the QC post-nominal.

In a report released last week (16 April), four out of seven members of the Bar Association’s QC/SC Committee claimed it was not suitable to approach the Attorney-General with a view to bring back the appointment of QCs in NSW; however, the committee fell short of making a recommendation for or against the proposal.

Lawyers Weekly approached Priestley and Lo Surdo for comment, but both were unavailable at the time of publication.

While most committee members favoured the current SC model, a survey of around 300 members of the Bar found that the majority supported the reintroduction of QC by a ratio of two to one.

When asked about the committee’s views and the survey findings, committee member Elizabeth Cheeseman’s only comment was that “the report speaks for itself”.

“It’s for the [Bar] Council to consider the report and the comments received by the membership,” she added.

The Committee was established in March to receive submissions from members and report to the Bar Council on a system for the appointment of QCs. All committee members agreed that any proposal to the NSW Government should insist that the Bar retains the “exclusive function” of appointing silks.

This recommendation addresses concerns that a QC scheme could hand back to the Executive a discretion to accept appointments or add to them.

“Such a system would be significantly more robust in terms of transparency and less likely to result in Executive intervention than the system of appointment of QCs that was in place in NSW prior to 1993,” the report stated.

Victorian Attorney-General Robert Clark announced in February that silk appointees in the state will have the option to have the title of QC or SC. The QC/SC Committee report has revealed that 156 of 177 SCs in Victoria have since applied to be appointed as QC.

Seventy of that state’s 73 senior counsels changed their title to QC in the wake of that announcement.

Unlike Victoria or Queensland, re-introducing the QC title in NSW requires a legislative amendment.

The QC debate has divided the Bar, with senior figures voicing the support or opposition.

He claimed that QC is a well-known brand in the legal services market in Asia and is associated with legal excellence.

Tasmanian barrister and former president of the Australian Lawyers Alliance, Greg Barns, slammed the suggestion that QC is still highly-regarded in Asia as “arrant nonsense” and described the push to bring back QC as “cringe-worthy”.

NSW, WA, SA and the ACT retain the SC title.

Move to QC in NSW stalls