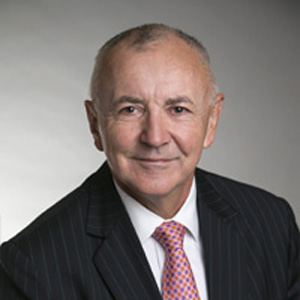 Key figures involved in a Bar Association report that is supposed to provide guidance on whether to reinstate Queen’s Counsel in NSW have avoided speaking publicly on the issue.

In the report released this month (16 April), the NSW Bar Association’s QC/SC Committee outlined arguments for and against bringing back the QC post-nominal but failed to make any recommendations.

The executive director of the NSW Bar Association, Philip Selth OAM, told Lawyers Weekly that the report is before the Bar Council for consideration, but would not answer any specific questions posed by Lawyers Weekly.

“The report speaks for itself,” he said.

Members of the QC/SC Committee were also tight-lipped when approached by Lawyers Weekly, including Anthony Lo Surdo SC and Elizabeth Cheeseman SC.

When asked about the report findings, Cheeseman would only echo Selth’s comment that “the report speaks for itself”.

Lawyers Weekly also approached the committee’s chair L J Priestley QC, who did not respond to requests for an interview.

In the wake of the report, a vocal supporter of re-instating QC in NSW, Jeffrey Phillips SC from Sydney’s Denman Chambers, urged the Bar Council to conduct a Bar-wide vote on the issue.

“It’s such an important issue, an issue people hold very firm and very emotional opinions about, and the best way to deal with it is to have a full vote of the Bar to determine which way we go,” he told Lawyers Weekly.

Not talking now, but watch this space

Lawyers Weekly contacted the newly-appointed NSW Attorney-General to discuss whether he supported the return of QC in NSW. Brad Hazzard said via a spokesperson that he could not currently provide his view on the topic, but planned to consider the issue and reveal his position in the near future.

Other state Attorneys-General have been more forthright.

Hazzard’s recently-ousted predecessor, Greg Smith SC, did not support the reintroduction of QC in NSW; nor does Shadow Attorney-General and Minister for Justice Paul Lynch.

Bleijie dumped SC altogether in reviving the QC title last year. Victorian Attorney-General Robert Clark also gave silk appointees in the state the option to have the title QC or SC in February.

Sydney barrister John Hyde Page commented that the appointment of a new Attorney-General in NSW could improve the chances of a Bar Council request to amend the relevant legislation being actioned by the government.

Hyde Page, who is rallying support for the return of QC, slammed the main argument against a legislative change contained in the Bar Association report, which claimed the move is not justified in the public interest.

“There is a clear public interest in keeping the NSW Bar in line with other states, and in line with contemporary opinion,” Hyde Page told Lawyers Weekly.

“The SC post-nominal is an artefact of the embarrassing debates we used to have in the early 1990s about national identity. It belongs in the dust-bin of history, along with those proposals for a new Australian flag.”