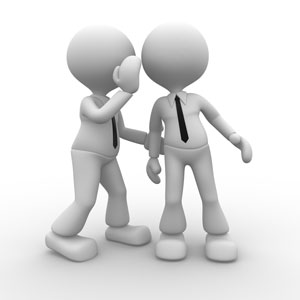 Legal bodies have thrown their support behind the former head of the Queensland Bar Association, who resigned last week over the controversial appointment of Tim Carmody QC as Chief Justice of the state’s Supreme Court.

Peter Davis QC stepped down as Bar Association president on Friday (13 June), the day after Carmody’s appointment, stating he had lost faith in the integrity of the process of appointing judges.

In his resignation letter, Davis cited the alleged leaking of confidential conversations he had with Queensland Attorney-General Jarrod Bleijie and one of his senior staff about Carmody’s potential promotion.

Davis also said he believed there “was little, if any, support for [Carmody’s] appointment within the legal profession and little, or none, within the ranks of sitting Supreme Court judges”.

Justice Carmody has been Queensland’s Chief Magistrate for the past nine months. He is also a former Family Court judge and former Queensland crime commissioner.

The Australian Bar Association (ABA), which has backed Davis, said the events surrounding his resignation had “seriously called into question” the independence of the judiciary.

ABA president Mark Livesey QC went so far as to question whether the Attorney-General should stand down.

“If confidentiality in the judicial appointment process cannot be assured he [Bleijie] must reconsider whether he can continue in his position,” Livesey said in a statement on Saturday (14 June).

Yesterday (16 June) Michael Colbran QC, head of the Law Council of Australia, joined in on the public row. He argued that “the whole community is diminished if there is a credible suggestion that any judicial appointment is not free of political taint”.

Meanwhile, the Queensland Law Society (QLS), which originally welcomed Carmody’s appointment, is now claiming that Davis’ resignation had raised concerns over the administration of justice in Queensland.

In a letter obtained by Lawyers Weekly, which was sent to members on 14 June, QLS president Ian Brown stated: “It is of critical importance that confidentiality of communications is maintained when consultation is undertaken.

“There can be no doubt that in the absence of confidence that confidentiality will be maintained, any process of consultation or discussion is fundamentally undermined.

“Such an outcome cannot be contemplated. The issues raised must be addressed if we are to preserve conﬁdence in our system of justice.”

Lawyers Weekly requested an interview with Brown, who was unavailable prior to publication. However, a spokesperson told Lawyers Weekly that the QLS’s position on Carmody’s appointment had not changed.

“Our concerns relate to the process of appointment and specifically the issue of confidentiality of communications as set out in our message to members,” the spokesperson said.

Davis is not the first to accuse the Queensland Attorney-General of leaking confidential information. Earlier this year, Bleijie also allegedly leaked details of a confidential conversation with Court of Appeal president Justice Margaret McMurdo. Those comments also related to vacancies on the Bench.

Former Solicitor-General Walter Sofronoff QC, who resigned from the position in March, accused Bleijie of defaming McMurdo and called on the Attorney-General to resign.

In February, the Attorney-General also attracted criticism from Davis for standing by Premier Campbell Newman’s comments that bikie lawyers are part of a “criminal gang machine”.