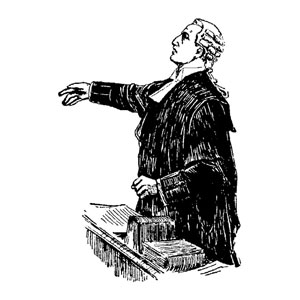 One of Queensland’s leading silks, Cedric Hampson QC, has died at the age of 81.

Hampson had been in poor health for a number of years prior to his death last weekend (23 August).

Queensland Attorney-General Jarrod Bleijie also released a statement in the wake of Hampson’s death, which said Queenland had lost “an eminent legal mind, leader and mentor”.

“He was leader of the Bar for an unprecedented 31 years and commanded an extraordinary diversity of expertise,” said Bleijie.

Hampson was lauded as a uniquely skilled barrister whose talents were put to use in high-profile court cases, such as Pauline Hanson’s successful appeal against a fraud conviction in 2003.

“Cedric Hampson was from that era, where the skill of an advocate was measured by how good they were on their feet,” Australian Council of Civil Liberties president Terry O’Gorman told the ABC.

“He was that breed of the fearless barrister who was prepared to stand between the citizen and the state and cop the consequences.”

Hampson was a leader in the profession and acted as the president of the Queensland Bar Association from 1978 to 1981, and again from 1995 to 1996.

He represented the Queensland Police Service during in the Fitzgerald Inquiry and the Criminal Justice Commission in the Carruthers Inquiry and in the Connolly-Ryan Inquiry.

Hampson studied at St Joseph’s College, Gregory Terrace and at the University of Queensland, becoming Queensland’s Rhodes Scholar in 1955. He later studied law at Oxford University.

He was made an Officer of the Order of Australia in recognition of his contribution to two Royal Commissions.

In 2012 he received a Papal Knighthood in the Order of St Gregory the Great from Pope Benedict XVI.

Despite his prestige and success, Hampson was never appointed as a judge.

As reported by the ABC, former solicitor-general Walter Sofronoff QC said, "Successive governments, of both persuasions, failed to appointed him, as they should have done and it's a loss to the public of Queensland and the legal profession.

“He was the smartest and hardest man at the Bar during his time. He was like a bare-knuckle fighter… In every single case he appeared, to the last, he dominated the court room. I think everyone was pretty much in awe of him in that way."

Hampson is survived by his four children, ten grandchildren and Catharina, his wife of 55 years.