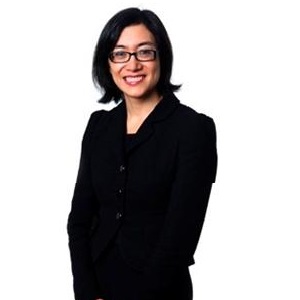 Sharon Burchell had a solid reason for not being able to pick up her trophy at the Lawyers Weekly Women in Law Awards – she had recently given birth to twins.

Sharon Burchell had a solid reason for not being able to pick up her trophy at the Lawyers Weekly Women in Law Awards – she had recently given birth to twins.

Sharon Burchell (pictured) was awarded the Junior Counsel Award, proudly sponsored by Sheahan Lock Partners. However, a couple of weeks ago she gave birth to twin baby girls, which meant she was unable to attend the Awards last Friday (17 October).

Speaking in her absence and accepting the Award on her behalf, the immediate past-president of the Victorian Bar, Fiona McLeod SC, said Sharon was an “amazing star”.

“I had the great privilege of having Sharon ask if she could read with me when she came to the Bar but I had to ‘orphan’ her, as we say, when I took silk, so luckily for her perhaps – given her stellar career from that point on – but unluckily for me, she didn’t get to read with me. But I have kept an eye on her and she is an amazing star and she will be back,” said Fiona, who noted fondly that Sharon’s legal expertise is matched by her fashion nous.

“One thing I noticed about her when she moved into Ninian Stephen Chambers – and you could design your own chambers – she had a cupboard especially built for her Manolo shoes and Jimmy Choos,” said Fiona, to much laughter from the audience. “That is the sort of girl we are talking about, and meanwhile she is at home raising twins. Well done, Sharon.”

It is easy to see why Sharon so impressed the judge of this category, King & Wood Mallesons Australian chairman Stephen Minns.

Sharon has acted on a wide range of matters for clients such as Telstra, the National Australia Bank and the mine operators in the Hazelwood Mine Fire Inquiry in the Latrobe Valley. She is also on the pro bono committee and the human rights committee of the Victorian Bar. She has already built an enviable reputation as a barrister, following a glittering academic career that saw her being awarded numerous prizes, including the Sir Ronald Wilson Prize in Law and the Vice Chancellor’s Commendation for Academic Excellence Award from Murdoch University.

The other finalist in this category was Clare Exell from Melbourne’s Aickin Chambers.