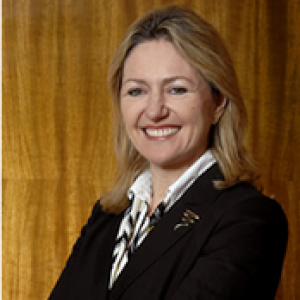 The Independent Commission Against Corruption (ICAC) has offered to pay Margaret Cunneen SC's legal costs as the corruption watchdog and state prosecutor prepare to face off in the High Court.

In a formal submission, ICAC has requested that the High Court overturn a ruling by the NSW Court of Appeal, which found that it was not within the commission's jurisdiction to investigate allegations that Cunneen (pictured) perverted the course of justice.

It is unclear why ICAC has made the offer, but the submission suggests that it wants to shift the public's focus to the point of law in question and away from the adversarial court battle, reported The Australian.

ICAC claimed in its submission that the Court of Appeal decision, which saw Chief Justice Tom Bathurst dissenting on the three-judge bench, could threaten future inquiries.

Two other investigations, including the high-profile corruption inquiry into NSW political donations, have already been delayed as a result of the ruling, ICAC claimed.

The watchdog also warned that upholding the Court of Appeal's finding on the meaning of "corrupt conduct" under the ICAC Act could potentially impact three other investigations, one court case and 26 previous judgments.

"There is now uncertainty as to whether the commission has the power to investigate all the ... allegations regarding conduct which could have negatively affected the exercise of public functions by public officials," stated the submission.

Cunneen has been accused of perverting the course of justice by allegedly counselling her son's girlfriend, Sophia Tilley, to pretend to have chest pains to avoid being breath-tested after being involved in a car accident last year.