Lawyers urge Indonesia to halt executions until appeal is heard 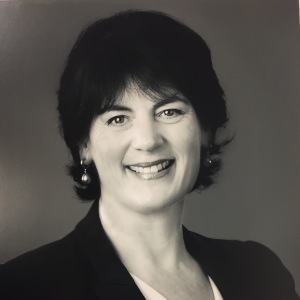 The Australian Bar Association has put out an urgent call to Indonesian authorities to respect the rule of law as Andrew Chan and Myuran Sukumaran are transferred to the island where they are to be executed.

The ABA has stated that it is “gravely concerned” by revelations that the two Australians have been moved from Kerobokan prison in Bali under heavy military guard and are on their way to Nusakambangan island where they face death by firing squad.

The two members of the Bali Nine, who have been convicted of drug trafficking, currently have a legal appeal pending before the Administrative Court of Indonesia.

Fiona McLeod SC (pictured), president of the ABA, has called on the Indonesian attorney-general and the Indonesian prison authorities to respect the rule of law and judicial process.

“We respect the sovereignty of the Indonesian president to determine individual applications for clemency. Sovereign power, however, is constrained by the rule of law.

“In this case, court proceedings have not concluded and the appeal concerning the decision to refuse clemency has not been determined.

“In such a case, the authorities should await the outcome of judicial process.”

Ms McLeod, along with other members of the Victorian legal profession, gathered to observe one minute’s silence for Mr Chan and Mr Sukumaran on February 18.

Victorian legal bodies, including the Victorian Bar and the Law Institute of Victoria, have been particularly vocal in their opposition to the impending execution of the two Australians.

“The sanctity of human life is not protected by this barbaric penalty; it only brutalises the community further.”

Law Institute of Victoria president Katie Miller also expressed her opposition to the death penalty and paid tribute to the lawyers who had taken numerous legal actions on behalf of Mr Chan and Mr Sukumaran.

Lawyers urge Indonesia to halt executions until appeal is heard