Who is Queensland’s new Chief Justice? 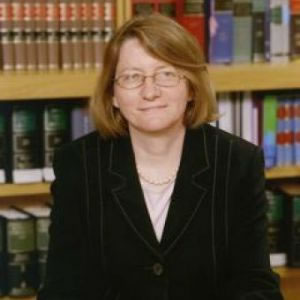 In announcing the appointment, Premier Annastacia Palaszczuk suggested this was the beginning of a “new chapter” for Queensland’s judiciary, alluding to the upheaval that dogged the term of Justice Carmody.

Describing Justice Holmes as a “terrific legal mind”, Premier Palaszczuk said she would be “the right person to take the courts forward”.

“I am confident she will bring stability, integrity and provide vital leadership during her tenure as the next Chief Justice of Queensland,” Premier Palaszczuk said.

“The state opposition welcomes the appointment of Justice Catherine Holmes to Chief Justice,” he said. “We respect the position of Chief Justice and wish her well in the important role she now fulfils.”

Justice Holmes has sat on the Court of Appeals since 2006 and also ran the landmark Queensland Floods Commission of Inquiry into the disaster across south-east Queensland in 2011.

Having obtained a master of laws and a bachelor of arts from the University of Queensland, she was admitted as a barrister in 1984 before taking silk in 1999.

She was a founding member of the Women’s Legal Service and served as deputy president of the Queensland Community Corrections Board in 1997.

Yet Justice Holmes has also faced controversy in her career. Former National Party premier Rob Borbidge removed her from the Community Corrections Board, publicly criticising her for leniency towards offenders.

Justice Holmes brought a defamation action against the then-premier, claiming he had turned her into a scapegoat for “political purposes". The suit was settled out of court a year later, with the premier reportedly paying Justice Holmes $5,000.

Meanwhile, the Floods Commission attracted criticism after investigations by The Australian revealed it had failed to uncover inconsistencies in record-keeping by SEQ Water engineers, prompting a series of emergency hearings.

Speaking in 2012, Justice Holmes defended the commission’s handling of the inquiry, stating its role was not to identify culprits but to examine efficient ways of handling flooding incidents.

The Queensland Bar Association also questioned her appointment to the Floods Commission, suggesting a serving judge should not be appointed to a commission or inquiry.

“It must be recognised that commissions of inquiry, by their nature, will find themselves examining issues of a character not contemplated upon commencement," the Bar Association wrote in a statement. "The issues for inquiry may become far more politically charged than first imagined.”

While pledging his support for her work, then-president of the Bar Association Richard Douglas SC said: "The appointment of a serving judge runs the substantial risk of placing [Holmes] in the middle of heated political debate."

For her ascendancy to the Chief Justice role, major legal bodies have come out in strong support.

Queensland Bar Association president Shane Doyle QC today welcomed her to the head of the Court.

“Chief Justice Holmes is eminently qualified for the office,” he said. “The Bar looks forward to working with her Honour and the Court for the efficient and effective administration of justice.”

Queensland Law Society president Michael Fitzgerald also applauded the move, praising the Queensland government for bringing “certainty to our profession and our community”.

“The society is thankful that we and other stakeholders were consulted by the Queensland Government on this appointment,” he said.

Who is Queensland’s new Chief Justice?