Indigenous silk hopes to be first of many 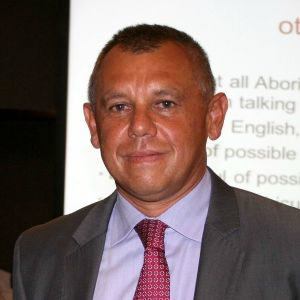 Anthony McAvoy SC of the Frederick Jordan Chambers is the first Indigenous barrister to be appointed senior counsel in Australia.

Mr McAvoy (pictured), who commenced at the NSW Bar in 2000, said that when he received the news that his application for silk had been accepted he was ‘ecstatic’ and ‘overwhelmed’.

“It’s a wonderful position to hold. I think it means most to me in terms of when I reflect on the difficulties and hardship that my parents faced, and I can imagine how my father would've felt had he been around today to enjoy it with me,” Mr McAvoy said.

“I'm involved as a mentor with a number of Indigenous law students and lawyers, and they are all such talented individuals and I hope to see the day very shortly when others join me as senior counsel.”

The Australian Bar Association president Fiona McLeod SC said: “Mr McAvoy’s deep commitment to Indigenous justice is widely known and respected. I am sure he will continue to make a valuable contribution to the legal profession long into the future.”

The Law Council of Australia president-elect, Stuart Clark AM, also congratulated Mr McAvoy on his appointment.

Indigenous silk hopes to be first of many