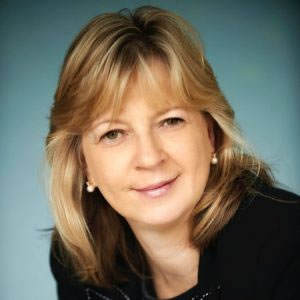 Real progress has been made after years of urging for constructive policies to address the gender disparity at the bar, according to a leading silk.

Speaking with Lawyers Weekly ahead of the 2015 Women in Law Awards, Caroline Kirton QC said the commitment of the Law Council of Australia and the major law societies to supporting women in the law is “unprecedented”.

Ms Kirton, who chairs committees at the Law Council and the Victorian Bar, pointed to a number of initiatives that demonstrate the intensity of the profession’s focus on gender equality.

“Something really has changed in the past year or so,” she said.

In May, the NARS workshop in Sydney recommended that data be collected around equitable briefing policies and progress be reported.

Despite “stiff opposition” from some male executive committee members of the Commercial Bar Association, progress was made in fighting systemic gender-biased briefing practices against women in commercial litigation, according to Ms Kirton.

“Happily our endeavours prevailed and the seeds were planted,” she said. “What ultimately resulted exceeded my expectations.”

A Charter of Commitment was produced requesting signatories to commit to equitable briefing targets and to confidentially report briefing data to the Victorian Human Rights and Equal Opportunity Commission (VHREOC) every six months.

Another achievement was the restoration of reporting on equitable briefing by the Victorian State Government, which has been neglected for six years.

The Law Council has now convened an Equitable Briefing Policy roundtable to be held in Sydney next week.

“Therefore, from my perspective, it is unprecedented that a serious conversation is now being for the first time generated by the bench, VHREOC and the NSW Bar simultaneously about systemic gender biased briefing practices,” said Ms Kirton.

Reflecting back over the past decade, Ms Kirton said the conversation around gender diversity has not yet generated real change, particularly in commercial litigation.

“Despite equitable briefing policies being in effect for over a decade, they are ignored or mere lip service is being paid to them,” she said. “Systemic gender briefing [biases] are alive and well in 2015.”