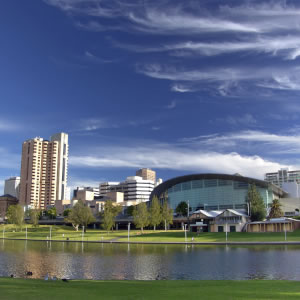 The South Australian Bar Association has recommended against allowing silks the option of being known as Queen's Counsel.

Earlier this year, South Australian Attorney-General John Rau indicated he would welcome a discussion on reintroducing the title of QC, which was phased out in 2008 in South Australia in favour of the post-nominal Senior Counsel.

Mr Rau suggested that while he was not proposing any changes, he wanted to ensure South Australia kept pace with other states.

Queensland reintroduced the QC title in 2013 on an optional basis, while Victoria revived it in 2014. In NSW, the Bar Association resolved earlier this year to lobby for reintroduction of the title for barristers who prefer it.

In a letter to Mr Rau on behalf of the South Australian Bar Association, president Andrew Harris counselled against a change to the status quo “unless and until NSW reverted to the use of the post-nominal QC”.

In his view, as the situation stands, there is "no pressing need for anything to be done in South Australia to change the present regime".

Moreover, he reported the Association was against the opt-in system that has been adopted by other states.

“The meeting also did not favour any reversion to QC being a matter of personal choice for individual silks,” he wrote.

“Rather, the meeting thought that if there was a principled basis for a return to the post-nominal QC for future appointments of silk then any change should be a wholesale change.”

Mr Harris expressed concern that giving silks an option reinforced “the impression that this is a matter of self-interest and vanity”.

“A change should only be made in this State if there is a good reason to do so, and if such a good reason exists then there should be no room for personal preferences,” he wrote.

Overall, he suggested the Association wished to see the State Government focus on other issues, including construction of a new court complex, the backlog in criminal and civil cases, and the legal aid funding shortfall.

“The Association recognises that some of the issues to which I have referred are not solely the responsibility of the State Government and the Association has raised them with the Chief Justice and the Chief Judge,” he said.

“That said, adequate resourcing of the justice system is squarely the responsibility of the State Government, and the Association would welcome urgent attention being given to it by the Government.”

Last Updated: 11 November 2015 Published: 11 November 2015
The Women in Law Awards is the benchmark for excellence, recognising the empowering women influencing the Australian legal profession, celebrating the female leaders, role models and future champions of the industry. Register for the waitlist today for the opportunity to attend this remarkable awards ceremony and network with top legal professionals and fellow peers.
Visit womeninlaw.com.au