More than 10 firms and government agencies have committed to equitable briefing targets under a new program launched by the Victorian Commercial Bar.

The initiative, spearheaded by CommBar in conjunction with the Victorian Equal Opportunity and Human Rights Commission (VEOHRC), will see signatories make a three-year commitment to briefing policies encouraging gender equity in commercial litigation.

"Yet there are so many talented women at the Bar. So why overlook their potential? So long as they are overlooked, the community is missing out on valuable resources," she said.

Major corporate Telstra has also signed on, as well as the Victorian Government Solicitor's Office and the Australian Securities and Investments Commission.

According to VEOHRC commissioner Kate Jenkins, equitable briefing initiatives would give women expanded career options on par with those of their male counterparts.

"Gender discrimination in commercial litigation has been reported to manifest in allocation of different forms of work, women being denied access to opportunities, and being judged as less competent,” she said.

“While there have been some efforts to improve this situation, progress has been too slow and often focused on what action women barristers might take to change the situation, rather than addressing briefing practices."

Federal Court of Australia Chief Justice James Allsop suggested equitable briefing was a question of equality and fairness, which are key values to the administration of justice.

"This initiative, and the commitment of major litigation firms operating in Victoria to new and more transparent briefing practices, and to briefing women counsel in proportions commensurate with their representation at the Commercial Bar, will give those values the prominence they deserve," he said. 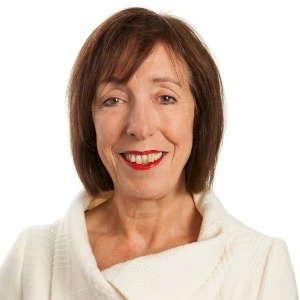