Barristers’ chambers to be demolished 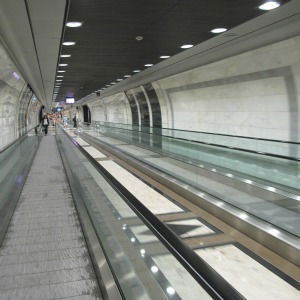 Two barristers’ chambers and one law firm office will be torn down to make way for a new metro line running through Sydney.

The proposed metro line requires the demolition of 19 buildings in the CBD and 17 buildings in North Sydney and Crows Nest, with the highest building reaching 22 storeys.

This infrastructure project is an extension of the $8.3 billion Metro Northwest line, which is under construction and is expected to open in 2019. Once completed, the entire metro line will extend from Chatswood to Sydenham.

Last week the owners and tenants of six buildings in Martin Place and 13 on Pitt Street were informed by the government of the compulsory acquisition to make way for the new stations.

One of the buildings marked for demolition, 39 Martin Place, is home to 15 Wardell Chambers, 16 Wardell Chambers and Turner Freeman Lawyers. The site is worth around $180 million and includes the Tiffany & Co store. Eight silks, including Andrew Morrison SC and Robert Ellicott QC, and numerous barristers will be affected by the project.

The Martin Place Early Learning Centre on the first floor of the building has an understanding with the NSW Bar Association to provide placements for a number of barristers’ children. The centre told parents last week that it will relocate in around 18 months and is looking for a new site.

Druid's House on Pitt Street, 55 Hunter Street, 169 Castlereagh Street and the New Windsor Hotel on Park Street will also be knocked down as part of the metro construction.

Barristers’ chambers to be demolished