‘Nursery’ of junior bar work has dried up 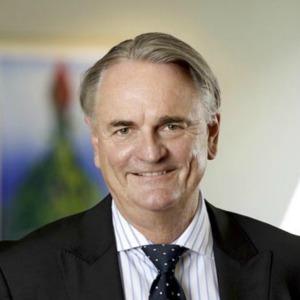 A lot of the smaller cases are no longer going to court, diminishing the amount of work available where junior barristers can learn the ropes, according to the Queensland Bar Association president.

Speaking with Lawyers Weekly, Christopher Hughes QC, the president of the Queensland Bar Association, said that junior barristers are struggling to gain experience because of the decreasing levels of appropriate work.

“What’s happened over the years is the 'nursery' of smaller work that barristers cut their teeth on has been drying up,” Mr Hughes QC said.

“A lot of the smaller court cases are no longer running. The cases between insurance companies, such as motor vehicle accidents and client work injuries, have dried up because the big insurance companies tend not to litigate any more, instead they tend to settle things quickly.”

He added: “In the criminal field, a lot of good work for young junior barristers was committal hearings and there's less of that work now too.”

Mr Hughes QC said barristers can only learn by going to court on those smaller cases.

“You don’t really learn how to be a barrister at law school, to be brutally frank,” Mr Hughes QC said.

Another contributing factor is the increase in private practice lawyers who are making court appearances and are no longer engaging barristers.

“We don’t need to attack the solicitors necessarily, but we need to try and get the message across that engaging barristers, including junior barristers, can be very cost-effective.”

With Australia’s ageing population, Mr Hughes QC is concerned that there will be a mass retirement of senior barristers with no junior barristers to replace them.

“In Brisbane, it’s a fairly old profession, 60 per cent of our members have been at the bar for longer than 10 or 12 years and, while there are new younger barristers coming along all the time, I’m not sure that trend will necessarily continue,” he said.

“It’s likely there will be a retirement of a lot of senior barristers, and I’m just not sure that it's as easy to get started at the bar as it once was.”

‘Nursery’ of junior bar work has dried up