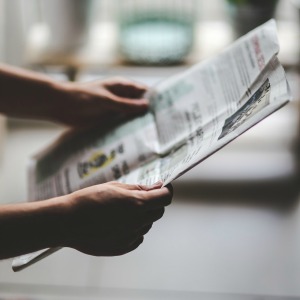 The way the media reports sentencing outcomes creates an unrealistic representation of crime, but the legal industry must work with the press to fix this problem, according to industry professionals.

Speaking at a recent panel discussion, Courts media and public opinion, who's leading who?, Professor Arie Freiberg, chair of the Victorian and Tasmanian Sentencing Advisory Councils, said the media is influential in shaping penal policy as both an agenda setter and the creator of public opinion.

"For most people, the mass media still remains the primary source of information about crime and punishment," Prof Freiberg said.

The media focuses disproportionately on a small number of dramatic and violent cases and leaves out much of the relevant information, which results in inaccurate pictures of crime and punishment amongst the public, according to Prof Freiberg.

The media then claims the public always wants harsher sentences and that judges are too lenient, which leads to the introduction of quick, simple and superficial solutions to criminal justice.

"We've found again and again that the more information people have about sentencing, the less likely they are to support harsher sentences," he said.

"All of these simple solutions; mandatory sentencing, indefinite sentences, increasing maximum penalty, tougher parole laws, sex offender registration and public notification, sending juvenile offenders to the adult courts; all of these ignore the wealth of evidence about the causes of crime and effective solutions."

Prof Frieberg said that those solutions are often incoherent, divisive and create more anxiety than they seek to allay.

"Politicians are meant to be responsive to the public, that's what democracy is about, but my argument is that they are responding to media perceptions of the public views that are not accurate reflections of what the public thinks, nor reflects the real views of the public."

Also speaking at the panel, Justice Christopher Beale said there is a shared responsibility between the courts and the media in the service of the community.

"I do think the legal system and the legal profession and lawyers and judges in particular bear enormous responsibility, and they're not basically fulfilling it," Mr Faine said.

"You have to communicate effectively to people, and you can’t any longer talk in language they don't understand. Other courts, other jurisdictions, other countries at the highest levels have resolved these issues, ours have not."

According to Mr Faine, every participant in the legal system must understand that their job is not to talk in code, but in fact to speak in plain language and to make the system accessible for everybody.

"In a time of shorter attention spans and social media, what worked, even badly, 10, 20, 50 years ago will simply not work in future," he said.

"The world is changing so rapidly and the legal system is so unable to keep up, the risk is that if you thought things were bad now, they'll be catastrophic in future. So give people some genuine and accurate information about how the courts work in a way that connects to them."