Tributes have poured in for prominent barrister Ross Ray QC, who died on Sunday in a quad bike accident.

Mr Ray, 65, was killed while riding an ATV on his farm in Merrijig, Victoria around midday on Sunday.

William Ross Ray, known commonly as Ross, was president of the Law Council of Australia from 2007 to 2008 and chair of the Victorian Bar Association from 2004 to 2005.

Attorney-General George Brandis QC described Mr Ray as a "fine exemplar of the best qualities of the bar".

"Australia has lost a man who was both a leader of his profession and a barrister of superb accomplishment," he said.

"I extend my condolences, and those of the Australian government, to his widow Mara and all members of his family."

"Ross wasn’t just a brilliant legal mind, he was a close friend and confidant of many in the legal community, including a number here at the Law Council," Mr Clark said.

"To say that Ross will be missed by those who knew him is an understatement. He was a truly extraordinary individual who will leave a hole not easily filled in our community."

"Years after he held positions [of leadership], he continued to contribute enormously to advocacy training, both in Australia and in the Pacific, and continued to be an important mentor to junior barristers."

In particular, Mr Anastassiou pointed to Mr Ray’s teaching of advocacy courses in developing nations as an example of his dedication to legal training and education worldwide.

Mr Ray was admitted to practice in 1975 and went straight to the bar, reading with Alex Chernov, now retired Judge of Appeal and former Governor of Victoria.

He took silk in November 1996, having established himself as a leading practitioner in occupational health and safety.

Throughout his career, he also practised in common law and crime, appearing in a number of murder trials.

Mr Ray served on the Bar Council for the Victorian Bar for 13 years, including eight on the Executive Committee, as well as a year on the Australian Bar Association Council and several years with the Law Council of Australia.

Since 2007, he also acted as the chairman of the South Pacific Lawyers' Association. 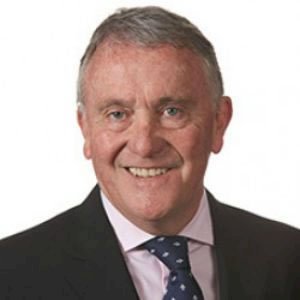