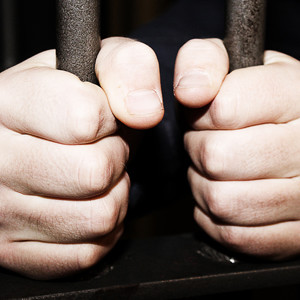 Legal bodies in the ACT have heavily criticised a proposal by the territory government to grant the Director of Public Prosecutions new bail review power.

The ACT government this week tabled a proposal to amend the Bail Act 1992 to introduce a bail review power as part of a raft of changes to combat organised crime.

However, this move has been widely criticised by both the ACT Bar Association and the ACT Law Society.

Bar Association president Ken Archer suggested the proposal was "not consistent" with the ACT Human Rights Act, which was voted into legislation in 2004.

He warned the legislation allowed the DPP to gaol a person for an additional five days "simply by saying there is to be an appeal – even if that appeal does not go ahead".

He also suggested public safety concerns were unlikely to be addressed by the change, and warned the power would routinely be exercised by "junior prosecutors operating under DPP-issued ‘guidelines’ that do little to address the imbalance of the proposals".

In his view, the DPP’s existing appeal options are sufficient. Under the current legislation, the DPP has the power to apply to the Supreme Court for review of a bail decision where there has been a change in circumstance, fresh evidence or new information.

"If the prosecution’s strongest case in opposition to bail is unsuccessful, and the court, on hearing all arguments, grants bail, that person should be released," he said.

"It is hard to understand how it is somehow OK to allow the prosecution without an order of a Court to keep an accused person incarcerated for up to five days longer. This is unacceptable from a government that claims to prize human rights."

Moreover, Mr Hockbridge suggested the proposal demonstrated a lack of faith by the government in the Court’s powers.

"The government has not demonstrated any justification for their proposed changes," he said.

"The logical inference from the proposal is that the government lacks confidence in the Courts to appropriately manage bail applications."