Home>
The Bar>
Judge reprimanded for ‘inappropriate’ comments in court 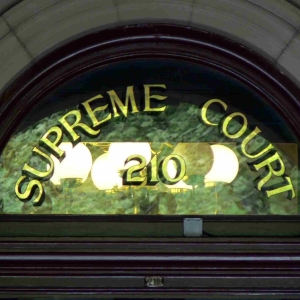 A Victorian County Court judge has been reprimanded after he called a 14-year-old sexual assault victim “nubile”.

A judge who referred to a 14-year-old sexual assault victim as “nubile” and “worldly” has been reprimanded.

The comments stemmed from the case against a former Children’s Court security guard who was found guilty by a jury of one count of sexual penetration of a child under 16, back in 2015. He was handed a two-year good behaviour bond, which was appealed by the Director of Public Prosecutions.

Franco Abad, who was employed by Wilson Security, began a sexual relationship with the teen but said he believed she was 17 at the time.

During the proceedings, County Court judge Christopher Ryan described Mr Abad’s actions as “readily understandable”, saying that the girl appeared much older than she was.

“So at the point in time he’s resolved he’s not going to have any more to do with her,” he said.

“And then he goes to bed and at an indefinite time thereafter he’s joined in bed by a nubile young woman.”

“The judge inappropriately and mistakenly took account of irrelevant matters, namely the attitude, demeanour, conduct and nubility of the victim, and the effect she had on the respondent,” she said.

“I would observe that the observations made by the judge about the complainant and the descriptions applied were inappropriate, irrelevant and should not have been made.”

Last Updated: 10 May 2017 Published: 24 November 2016
The Women in Law Awards is the benchmark for excellence, recognising the empowering women influencing the Australian legal profession, celebrating the female leaders, role models and future champions of the industry. Register for the waitlist today for the opportunity to attend this remarkable awards ceremony and network with top legal professionals and fellow peers.
Visit womeninlaw.com.au